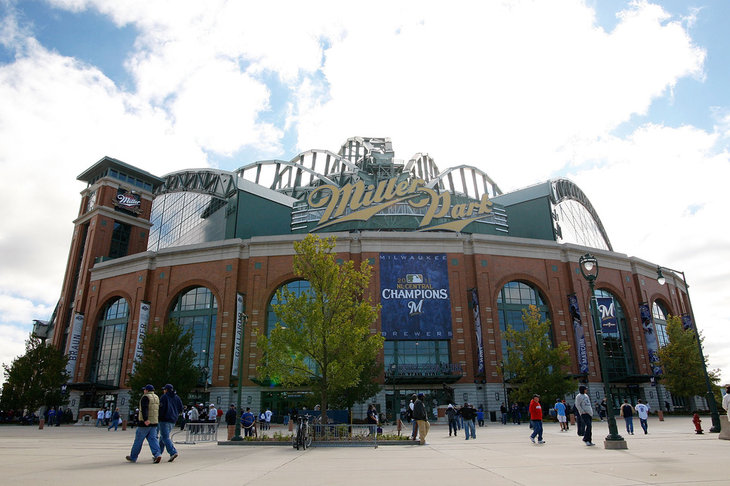 After two series have been played between the Pittsburgh Pirates and Milwaukee Brewers in this young season, two things are already blatantly obvious – the Brewers have outplayed the Bucs in every facet of the game thus far…and these two teams really don’t like each other.

The two players at the center of the hate, at least after the last time the two teams took the field, are Gerrit Cole and Carlos Gomez…who would more than likely be facing off in the first at-bat of the game tonight at Miller Park (Gomez is awaiting the decision over his appealed suspension).  Over the past few seasons, Gomez has garnered a reputation of getting under opposing players’ skin, and, already in his short stint in the majors, Cole has shown that he simply won’t stand for any disrespect.  It should be interesting kickoff to a three game series between the N.L. Central rivals

After a red-hot start to the season, the Brewers have cooled off….a little.  They enter tonight’s game with a 24-14 record, good enough for first place in the N.L. Central and the third best record in all of baseball.  They already have a commanding lead in the division, thanks in large part to a strong record against divisional opponents (including a 6-1 mark against the Bucs).  However, they have been struggling a bit as of late, perhaps due to the fact that Ryan Braun has been on the disabled list.  Milwaukee is just 4-6 in their last ten games, including series losses to the Cincinnati Reds and Arizona Diamondbacks before taking two of three against the New York Yankees.

With Braun on the shelf as of late, the Brewers’ big bats include Jonathan Lucroy (.304 avg., 13 RBIs), Gomez (.292 avg., 9 HR, 21 RBIs), and Aramis Ramirez (5 HR, 21 RBIs).  However, as we all know, when the Brewers face the Bucs at Miller Park, the entire Milwaukee team has a history of hitting the ball very well.  Ramirez, though will be placed on the disabled list after straining his left hamstring in Saturday’s game against the Yankees and sitting out Sunday’s game.

Despite a sour finish on Sunday night against the St. Louis Cardinals, the Pirates finished up a much needed productive home stand with a 6-3 record.  They took two of three games from the Toronto Blue Jays, San Francisco Giants, and the Cardinals.  Now they hit the road for what will prove to be another challenging stretch against the Brewers and Yankees.

Despite being hobbled a bit as of late, Andrew McCutchen is the star on this team, and he’s been playing like it, with a .321 average to go along with his 4 HRs and 19 RBIs.  Neil Walker (.268 avg., 7 HRs, 22 RBIs) and Pedro Alvarez (8 HRs, 24 RBIs) are providing the majority of the offense as well in this young season.

McCutchen played in Sunday’s game after sitting out on Saturday with a sore left foot, Starling Marte may miss extended time after exiting Saturday’s game with tightness in his lower back.

As we all know, though, the key to this series, as well as to the entire season, is going to be starting pitching.  Pittsburgh pitchers have struggled mightily in Milwaukee.  If the Bucs can get some quality starts this week, they’ll have a strong chance to win this series.  But if history repeats itself and the game is high-scoring, they won’t be successful against the Brew-Crew.

The Pirates will look to continue their streak of three consecutive series victories as they face off against the first place Brewers for a three game set this week.  Be sure to check back here throughout the week for all the latest recaps and reactions to each and every game from us, the Fans From The Stands!