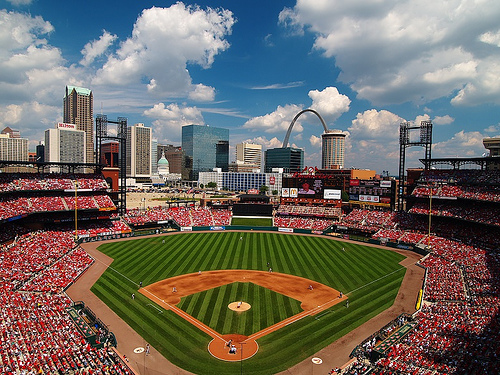 Eleven days ago, the Pirates were kicking off their longest home stand of the season. They had a 61-46 record with series against the Arizona Diamondbacks, San Diego Padres, and Los Angeles Dodgers. The Bucs had been great at home this season, the best in the league in fact, and they had 11 straight games against west coast teams, two of which had been struggling heading into their series with the Pirates.

Unfortunately, things didn’t work out the way the Bucs and their fans wanted or expected. After splitting a four-game series with the Diamondbacks, they dropped two of three to the Padres and three of four to the Dodgers, needing an offensive explosion from Garrett Jones yesterday to avoid a sweep.

Pittsburgh is now 65-53 and, due to some recent hot play by the Cincinnati Reds, are now six games back in the division. However, the Red Legs did lose yesterday, as did the St. Louis Cardinals, and paired with the Pirates’ victory, means our Buccos once again occupy the final Wild Card spot. This of course, pits a HUGE weekend series between the Pirates and the Cardinals at Busch Stadium.

Twenty-four hours ago, things at PNC Park looked about as bleak as they have all season. They had lost three straight games to a team that they were supposedly even with entering the series, and had been outscored by a total of 25-7 in front of their home crowd, which had effectively altered their team acknowledgement from cheers to jeers.

But yesterday, the offense took control and A.J. Burnett didn’t let the Dodgers take it back. Despite his second straight lackluster performance (run-hit wise, at least), Burnett earned his 15th victory of the season, and, as he’s done this season, provided the big time outs in the big time moments for his team. Jones had a pair of three-run homeruns to lead the offensive attack, while Pedro Alvarez had a great day at the plate, including a homerun and a double, and Clint Barmes provided a huge RBI triple to give the Pirates a lead in a pivotal moment in the fourth inning. Andrew McCutchen has looked better at the plate the past couple games, but it’s obvious that if this team is going to continue to make a run at the division and/or Wild Card, Cutch needs to lead them.

Even though the Pirates won yesterday, worries are still high in and around the ballclub, mainly due to the continued struggles of the pitching staff. In all, the Bucs gave up 31 runs in four games, and each starter had his fair share of problems. Still, though, the team found a way to win a game yesterday that, as ROOT SPORTS’ Bob Walk said, was as close to a must-win as there is at this point in the season.
After all that has happened in the past week, the bottom line is that it is August 17, and if the playoffs began today, the Pirates would be included. As is the case with nearly every series from here until the end of the season, this weekend’s series against the Cardinals is one of the biggest of the year thus far.

This has been an up-and-down season thus far for the Cardinals, and they’ve been playing in the national spotlight since the first game of the season against the Miami Marlins as they opened their brand new ballpark on a Wednesday night to kick off the 2012 MLB season.

After coming out of the gate red hot, posting a 14-8 record in April, the reality of life without Albert Pujols began to come to life, as well as a slew of injuries to some of their top performers, as the struggled, putting up a 26-30 record through May and June. But the team got healthy and brought their power bats back out since, going 24-16 since July 1, and find themselves just a game out of the final spot in the Wild Card race behind…our Pittsburgh Pirates.

The Cardinals brought in Carlos Beltran to help compensate for the loss of Pujols, and while that’s nearly an impossible task, Beltran has surpassed expectations thus far, hitting 28 homeruns and tallying 83 RBI’s. Yadier Molina, who has sat out the past two games with an injury, has a .312 average, while Matt Holliday to put a stamp on a very impressive season, with 23 homeruns, 81 RBI’s and 75 runs scored to go along with his .309 batting average.

As a team, the Cardinals score a ton of runs; in fact they’ve outscored their opponents by a total of 111 runs so far this season (compare that to 24 for the Pirates). If the Bucs are going to be successful at Busch Stadium this weekend, they’re going to need to score a lot of runs.

[box_dark] “It was gritty all over the place for us.” [/box_dark]
Clint Hurdle on the Pirates’ 10-6 win over the Dodgers on Thursday

[box_dark] “We’ve got to learn a better way to win these close games.” [/box_dark]
Cardinals’ Kyle Lohse on team’s 12-20 record in one-run games

With their victory yesterday, the Pirates have a one-game lead for the final Wild Card spot, and are six games behind the Cincinnati Reds in the N.L. Central. The Cardinals, though, have been nipping at the Bucs’ heels the past few weeks, setting up a huge showdown at Busch Stadium this weekend.

Check back here all weekend for all the recaps and reactions to each and every Pirates game from us, the Fans From The Stands!