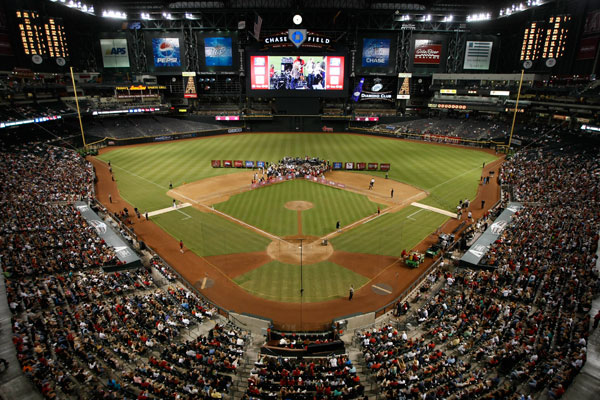 The road woes continue for the Pittsburgh Pirates, who find themselves wrapping up their first road trip of the season this week against the Arizona Diamondbacks.  The Bucs have a 1-5 record so far on this west coast run, and after an inspiring start to the year at PNC Park, they’ve fallen on hard times away from Pittsburgh.

Lack of offensive production continues to be the story this season, as The Pirates have only scored 18 runs in 9 games, and that includes 7 runs in the last two games against the Giants.  Prior to Saturday night’s game inSan Francisco, the Bucs had scored only 11 runs in 7 games.  The starting pitching has been solid, but unfortunately, due to the offensive struggles, these strong performances by the Pirates’ hurlers have been spoiled.

Pittsburghis in Arizona looking for series victory against the Diamondbacks to finish the first road trip of the year.  With a series win, the Bucs would wrap up their west coast jaunt with a 3-6 mark.

[box_dark] “We need Neil in the offense, and he knows that.  Some of the other guys hopefully will start playing along with him.” [/box_dark]

-Clint Hurdle on Neil Walker’s importance to the offense

[box_dark] “We lost a lot of close games last year and we corrected it.  We plan on doing the same.” [/box_dark]

Both the Pirates and Diamondbacks have played a number of close games this year.  This is a big early-season series for both teams…more-so for the Bucs and their struggling offense.

Check back for recaps and reactions to every Pirates’ game from us, the Fans From The Stands.