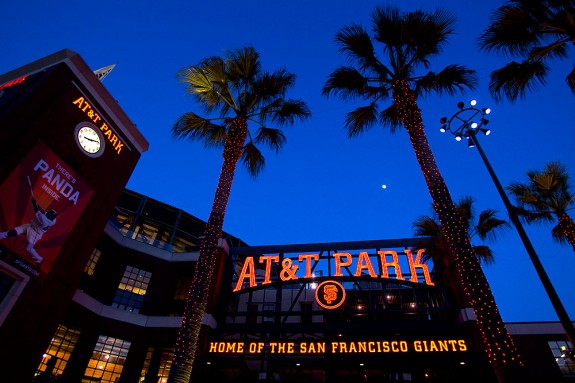 As any Pirates’ follower knows, this team has never really faired well out west.  Unfortunately, that trend continued this week as the Bucs were swept by the Los Angeles Dodgers.  In those three games, they scored a total of four runs in the three games.  What is even more frustrating is that the starting pitching continues to be impressive on this road trip, including solid consecutive starts from Kevin Correia, Erik Bedard, and Jeff Karstens.

Still, the Pirates find themselves with a 2-4 record and on a three-game losing streak as they head to AT&T Park to face the San Francisco Giants for a weekend series.  Today’s 4:35pm matchup will also be the Giants’ home-opener.  This will mark the third home-opener the Bucs have been involved in, including their own at PNC Park, in 2012.

[box_dark] “Pedro had a couple of pretty good at-bats (Wednesday) night.  With Matt Cain on Friday, it’s a chance to bundle some at-bats for Pedro, to see if he can move forward.” [/box_dark]

[box_dark] “It will be nice to come home.  We’re just going to go into it and take in all the special moments and then play a nice nine-inning ballgame.  We’ll go from there.  We feed off the energy inSan Francisco.  It will be nice to play in front of all Giants fans.” [/box_dark]

Check back for recap and reactions to every Pirates’ game, right here at Fans From The Stands.