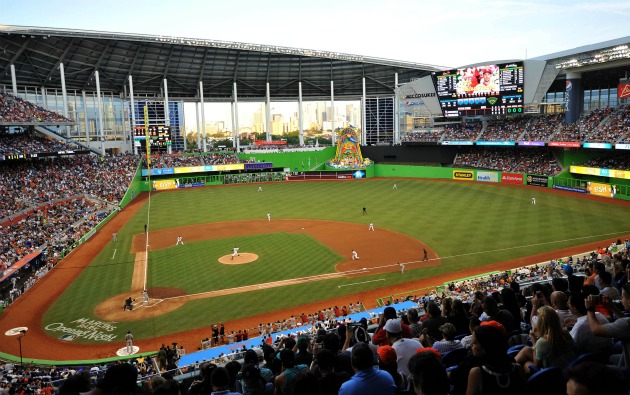 The Pittsburgh Pirates are playing very good baseball right now.  Sure, it may have something to do with the fact that they finished up a four game series against the N.L. Central bottom-dwelling Chicago Cubs, but their offense has taken off this week, and the pitching, both the starters and the bullpen, have shown glimpses of dominance, as they head south for a three game series against the Miami Marlins this weekend.

Andrew McCutchen (.321 avg., 10 HR, 37 RBI) is absolutely on fire, while Starling Marte, Pedro Alvarez, and Russell Martin are heating up as well, and, now that Gregory Polanco is in the majors, all of a sudden, this lineup looks extremely threatening to opposing pitchers.

Despite the recent success, the Pirates are surely concerned, and rightfully so, about their starting pitching rotation.  Both Francisco Liriano and Gerrit Cole are on the disabled list, leaving the rotation only a fraction of what it originally was back in April.  Jeff Locke and Brandon Cumpton have stepped in and will continue to get opportunities, but things are still up in the air, as is evident by the fact that the club still hasn’t announced their starter for Sunday’s series finale against the Marlins.

Miami, although only three games over .500, have surpassed expectations so far this season.  Giancarlo Stanton is having an MVP start to his season, hitting .299 with 17 HR and 53 RBI.  Two former Buccos – Casey McGehee and Garrett Jones – are also having strong seasons.  McGehee is hitting .305 with 39 RBI while Jones is hitting .276 with 8 HR and 29 RBI.  Marcell Ozuna is also adding pace to the offense, tallying 11 HR and 39 RBI.

Tom Koehler, Henderson Alvarez, and Nathan Eovaldi lead a pitching staff that will test the Bucco bats this weekend.  Also, ex-Bucco Bryan Morris will undoubtedly face his former team for the first time at some point this weekend.

The Pirates will look to follow up their strong series against the Cubs with a series victory on this short three-game road trip in Miami.  For the latest news and updates, as well recaps and reactions to each game this weekend, be sure to check back here to Fans From The Stands!