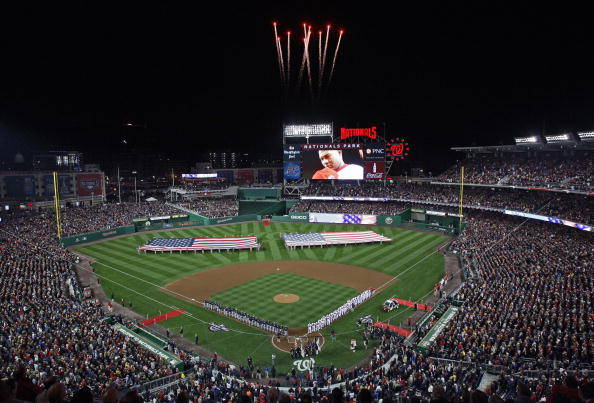 Well the Pirates are two games into their seven game road trip, after the pair against the Miami Marlins, we’ve seen two sides of the Bucs.  In the first game, they got a strong starting pitching effort from Brad Lincoln and they fought and earned every run and hit, coming away with a narrow 3-2 victory.  Then last night, after the sluggish Kevin Correia had an off-night and got touched up early on in the game, the Pirates’ offense seemed to close up shop, without even attempting any type of a comeback, other than a Michael McKenry solo homerun in the eighth inning.

It would be easy to complain about the Pirates’ offense, but that wouldn’t be anything new.  Neil Walker smoked the ball repeatedly in the Marlins’ series, but he has very little to show for it.  Andrew McCutchen continues to be the offensive juggernaut, while Jose Tabata, Pedro Alvarez, and yes, even Rod Barajas, had their moments in down south.

So after the series split in Miami, the Bucs are in our nation’s capital for another short two-game series, this time against the Washington Nationals.  The two faced off last week at PNC Park, which was a 2/3 series victory for the Pirates.  Since their last meeting, however, the Nationals seem to have elevated their game somewhat.  After hitting himself in the face with a bat, leaving him bloodied over the weekend, Nats’ rookie Bryce Harper has shown some power, connecting for homeruns in back-to-back games against the San Diego Padres.  The Nats have fallen .5 game back of the now first-place Atlanta Braves in the N.L. East, and the Bucs will look to earn AT LEAST a split over the next two days at Nationals Park.

[box_dark] “I couldn’t be any more pleased with the pitching.  Did you guys have this from our pitching?  The first 35 games of the season?  Seriously.  This is good stuff.  I thought we’d be good.  But what they’ve done so far 35 games in, that’s why we’re still sniffing and hanging around.  I love what they’re doing off the mound.” [/box_dark]

[box_dark] “It was pretty cool.  I was pretty excited about that.  I wasn’t sure I should’ve went up there, but all the veteran guys were like, ‘Go.  Get up there.’” [/box_dark]

The Pirates find themselves in the same situation today as they were before the beginning of the Marlins’ series two days ago.  They’re in third place in the N.L. Central behind the St. Louis Cardinals and Cincinnati Reds, and they’re two games under .500.  They are facing two difficult pitchers in Washington over the next couple days, so Bedard and McDonald will have to keep things close for the Bucs’ low-scoring offense to have a chance.

Check back here for recaps and reactions to every Pirates’ game all season long from us, the Fans From The Stands!