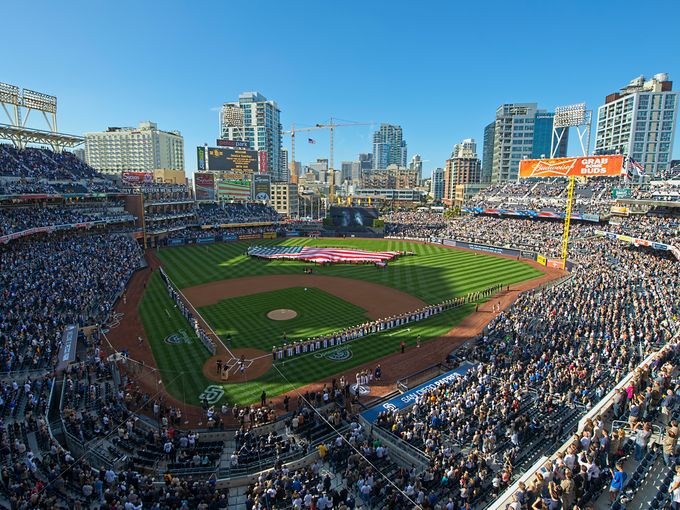 The Pittsburgh Pirates are coming off perhaps their most impressive series of the season.  After losing two of three to the New York Mets last week, the Bucs responded better than anyone could have expected, taking three of four games from the incredibly talented Los Angeles Dodgers.  The series clincher was on ESPN’s Sunday Night Baseball, and Andrew McCutchen and Pedro Alvarez led the offense to a 5-3 victory over the Dodgers on the national stage.

Now the Pirates continue this ten game road trip with a three gamer against the San Diego Padres at Petco Park.  Thus far, the Bucs are 4-3 on this road trip, and another series victory against the Padres would be huge for this team as they continue to creep closer to the .500 mark.

Charlie Morton and Francisco Liriano recently tallied their first wins of the season, and both will be looking to build off their past performance this week in San Diego.  Gerrit Cole, the team’s most efficient starter this season, will be aiming for his sixth win of the year.

Offensively, San Diego is has few dangerous weapons.  Seth Smith leads the team in average (.309) and homeruns (6), to go along with his 20 RBI, while Jedd Gyorko has five homeruns and 24 RBI.  Tyson Ross leads the pitching staff with six victories, while Ian Kennedy has four to along with a 3.42 ERA and 81 Ks.  He has historically pitched well against the Pirates.

The Pirates will look to build off the momentum from the Dodgers series with three more games out west against the Padres this week.  For the latest recaps and reactions to each and every Pirates game, be sure to check back here to Fans From The Stands!