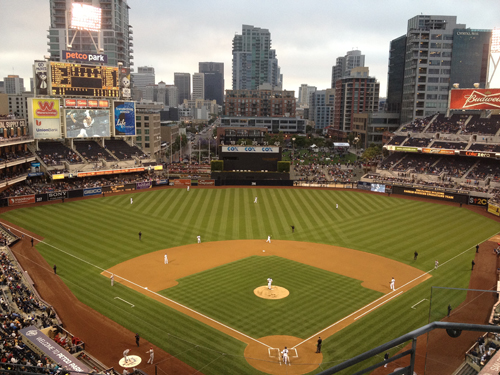 What. A. Win. Those three simple words, as Kristy Robinson of Pirates Prospects stated following yesterday’s 19 inning marathon game in which the Pirates edged the St. Louis Cardinals 6-3, are as definitive as any describing the magnitude and importance of this victory.

The Bucs and Cards battled for over six hours at Busch Stadium, one of the more difficult places to play, and for the second time this season, the Pirates took a series in St. Louis. They are now two games ahead of the Cardinals in the race for the final Wild Card spot, while both are still chasing the white-hot Cincinnati Reds for the N.L. Central lead.

Pedro Alvarez and Andrew McCutchen, who had both been struggling at the plate, delivered the game’s two biggest hits yesterday in the 19th inning. Pedro’s solo homerun initially gave the Bucs a 4-3 lead, while Cutch’s bases-loaded, two-run single gave the team a pair of insurance runs to all but put the game away. Pittsburgh starter Jeff Karstens was solid on the mound in his six innings of work, while the bullpen held the Cardinals’ offense in check throughout, which included appearances by Kevin Correia, as well as Wandy Rodriguez, who was scheduled to start today’s game in San Diego. It was a team win…a huge win…and one from which the Pirates can hopefully carry momentum going forward.

After a very disappointing home stand, which included a couple of blowout losses to the Los Angeles Dodgers, the Pirates have now won three of their last four, and will head into San Diego for a three-game set against the Padres, wrapping up a 20-game-in-20-days stretch that has proven to be brutal for the Bucs. Following the three gamer at Petco Park, the Pirates will have a much-needed day off on Thursday before opening up a home stand against the Milwaukee Brewers next weekend at PNC Park.

It’s no secret that the Padres are one of the worst teams in the National League, record-wise and statistically speaking. At 53-70, they sit 14.5 games behind the N.L. West leading Los Angeles Dodgers, and haven’t been able to maintain a .500 record on the road or at home. But it’s also no secret that the Padres have virtually owned the Pirates in head to head matchups over the years, regardless of each team’s record or situation.

That was the case earlier this month, in fact, when San Diego took two of three from the Pirates at PNC Park, where the Bucs have played so well this season. Since that time, however, the Padres have gone 2-5, and just snapped a five-game losing streak with a 7-1 victory against the San Francisco Giants to avoid a weekend series sweep. They are 9-9 this month so far, and have been playing better baseball at Petco Park as of late…making this series even more challenging for our Buccos.

Chase Headley destroyed the Pirates in the series 10 days ago in Pittsburgh, and will surely be looking to duplicate that performance this weekend, especially after being ejected from yesterday’s game against the Giants. While Headley has grabbed many of the local headlines when the Padres have been successful, the entire team was playing solid baseball when they took the series from the Pirates. One player for San Diego will not beat the Pirates. There’s no denying that the Bucs weren’t playing good baseball when they faced the Padres before…they’ll need to play much better, starting tonight, if they want to take a series at Petco Park.

Quotes From Both Sides:
[box_dark] “I was getting a little stagnant out there. It’s one of those things where it’s mind over matter. You’ve just got to fight and keep that desire to win going.” [/box_dark]
Pedro Alvarez on yesterday’s 19 inning marathon game between the Pirates and Cardinals

[box_dark] “Not being happy with this year, you still want to go up there and believe you can keep producing.” [/box_dark]
Padres’ CF Cameron Maybin on his 4-5 effort yesterday against the Giants

The Pirates will look to continue their six game road trip on a winning note out west. After their series victory over the Cardinals in St. Louis this weekend, the Bucs can make this a very impressive road trip with another series win over the Padres at Petco Park.

Be sure to check back here for recaps and reactions to each and every Pirates game from us, the Fans From The Stands!