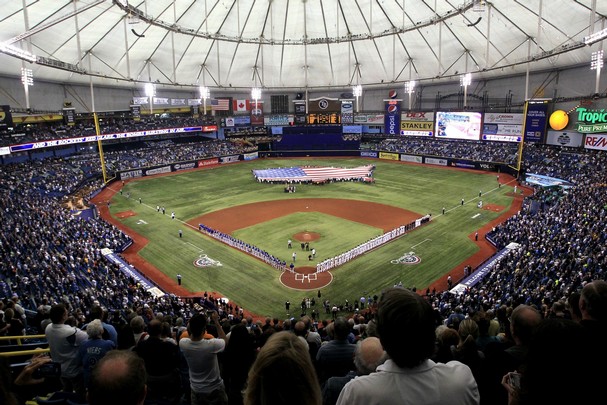 Well it certainly wasn’t pretty, but the Pittsburgh Pirates found a way to take two out of three games against the Chicago Cubs at Wrigley Field this weekend.  That series kicked off a stretch against bottom dwellers for the Pirates, including sets against the New York Mets, Arizona Diamondbacks, and Philadelphia Phillies, as well as a series starting tonight against the Tampa Bay Rays.

The Rays had an absolutely horrible start to the season, and now, despite the fact that they’re playing better baseball, they still find themselves in the basement of the tough A.L. East.  They are 15 games under .500, sitting 11 games behind the first place Toronto Blue Jays.

James Loney, who was the center of some offseason discussions with the Pirates, is one of the main offensive forces for Tampa, hitting at a .280 clip with 36 RBIs.  Evan Longoria (.268 avg., 9HR, 34 RBI) and Matt Joyce (.267 avg., 27 RBI) are other notables on this struggling offense that hasn’t been able to sustain any type of consistency this season.

David Price, Christ Archer, and Jake Odorizzi lead a pitching staff that has underperformed, in addition to a lack of run support, that puts this team as the worst in baseball.

As for the Pirates, they have put together a devastatingly productive trio at the top of their lineup, with Gregory Polanco, Starling Marte, and Andrew McCutchen creating quite the challenging for opposing pitchers.  There will be a decision to be made, though, when Neil Walker returns from the disabled list this week.  Josh Harrison and Jordy Mercer have both played very well, especially Harrison, making it awfully difficult to remove either of them from the lineup when Walker returns.  It will be interesting to see how Clint Hurdle & Co. decide to shuffle the lineup.

After a good start to the road trip with a series victory over the Cubs, the Pirates look to continue that success with three games over the last place Rays.  For the latest news and updates, as well as recaps and reactions to each and every Pirates game this week, check back here to Fans From The Stands!