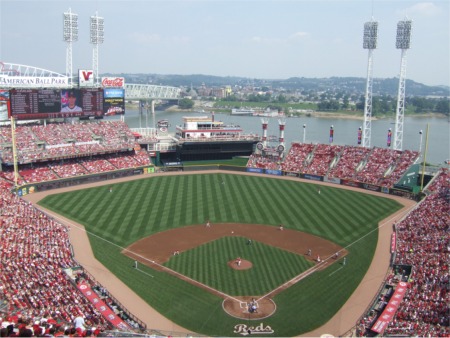 [box_dark] “We need to play better – that’s it. I’m not going to get up here and point fingers or this and that or say this…I’m telling you how I feel – we’ve got play better. And that’s it. And they know that.” [/box_dark]

Clint Hurdle’s comments following yesterday’s 4-2 loss to the Chicago Cubs, capping a three-game series sweep, provided a cut-and-dry explanation of how the Pirates have been playing for the past month. They have dropped to 2.5 games back of the St. Louis Cardinals in the N.L. Wild Card race, and are now just 72-67. The way this team is playing right now, finishing with a .500 record seems as though it could be a bit of a challenge.

The Pirates are coming off a 2-4 home stand against the Houston Astros and the Cubs, two teams at the bottom of not only the N.L. Central, but in the entire National League. These are two bad teams the Bucs just hosted at PNC Park, and they lost four of six games against them.

If the Bucs are going to make a serious run at .500, at the Wild Card, at a successful season, the time is now. Pedro Alvarez needs to continue to hit for power. Andrew McCutchen, like it or not, needs to play a lot better than anyone else. He’s the best player on this team, and he needs to act like it. Two hits or more per night is not unrealistic. Garrett Jones, Starling Marte, Gaby Sanchez, Brock Holt, etc. need to continue to make plays and do the little things to help push this team over the edge. The starting pitchers need to keep the team in the game, and if the offense gets them the lead, the bullpen needs to secure it down the stretch. If the Pirates are going to get better, they need to do so as a team.

Will it happen? Time will tell over the final few weeks of the season…beginning tonight in Cincinnati.

This is definitely NOT the team you want to be playing right now. With the way the Pirates are struggling and the manner in which the Reds have been pummeling teams all season, this matchup could get ugly if things don’t change for Pittsburgh. Cincinnati is 84-57, occupying a commanding 8.5 game lead in the N.L. Central over the St. Louis Cardinals and 11 games ahead of our Buccos.

The Reds have a solid starting rotation, incredibly reliable bullpen, and they have a dynamite closer. They have the power numbers, the on-base numbers, and the role players who make a difference when it matters most. This may be the most complete team in all of baseball, and they’ve been playing at torrid pace ever since the All Star break.

With the injury to Joey Votto, Jay Bruce has taken over the team lead in homeruns (33), RBI’s (96), and runs scored (82), while Brandon Phillips, Drew Stubbs, and Ryan Ludwick have all been nightmares for opposing pitchers. Johnny Cueto has 17 wins and an ERA of 2.71 for the season. And luckily for the Pirates, Johnny won’t be starting this week at Great American Ballpark.

The Pirates will look to return to the winning side of things this week, but it’ll be no easy task against the division-leading Reds. Be sure to check back here for recaps and reactions to each game this week from us, the Fans From The Stands!