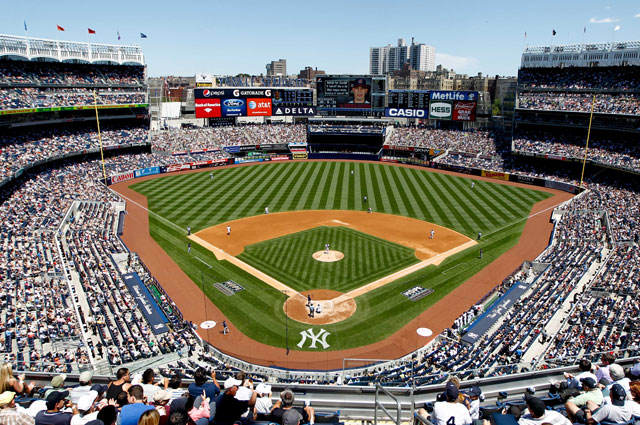 The Pittsburgh Pirates are coming off perhaps their most frustrating/disappointing loss of the 2014 season.  They were on the verge of taking two of three games from the Milwaukee Brewers at Miller Park for the first time in a long time…and then Clint Hurdle brought in Mark Melancon to close out the game.

The Pirates’ “closer” gave up a single, a walk, a walk, and a walkoff two run single to Khris Davis as the Pirates blew yet another game against their division rivals.  The loss snapped a streak of three straight series losses, and put a sour taste in the mouths of the players and their fans heading into this weekend’s series against the New York Yankees.

The Yankees enter this series with a 21-19 record, good enough for second place in the A.L. East.  Fortunately, the Pirates won’t be facing New York’s ace, Masahiro Tanaka, who leads the team in wins (6), ERA (2.17) and strikeouts (66).  Pitching has kept the Yankees afloat in the division in an otherwise difficult start to the season.

Yangervis Solarte (.336 avg., 23 RBI) has lead the offense, but the power numbers are down so far this year.  Carlos Beltran, Alfonso Siriano, and Brian McCann lead the team with five homeruns each.  Still, though, this is an offense with incredibly heavy hit potential.  The Pirates’ starting pitchers (and bullpen) will need to be on top of their game to have a productive series in New York this weekend.

The Pirates will need production at the plate from everyone, including Andrew McCutchen and Pedro Alvarez, who were quite at the plate in Milwaukee.  In order to win this series, the Bucs will need productive at bats from everyone up and down the order.  And the starting pitchers (Edinson Volquez, Charlie Morton, Gerrit Cole) have to keep the team in the game early.  If they fall behind in any of these games, it could be a long weekend.

The Pirates will look to rebound from their series loss to Milwaukee with a strong showing against the Yankees.  Be sure to check back in for the latest recaps and reactions to each and every game this weekend from us, the Fans From The Stands!