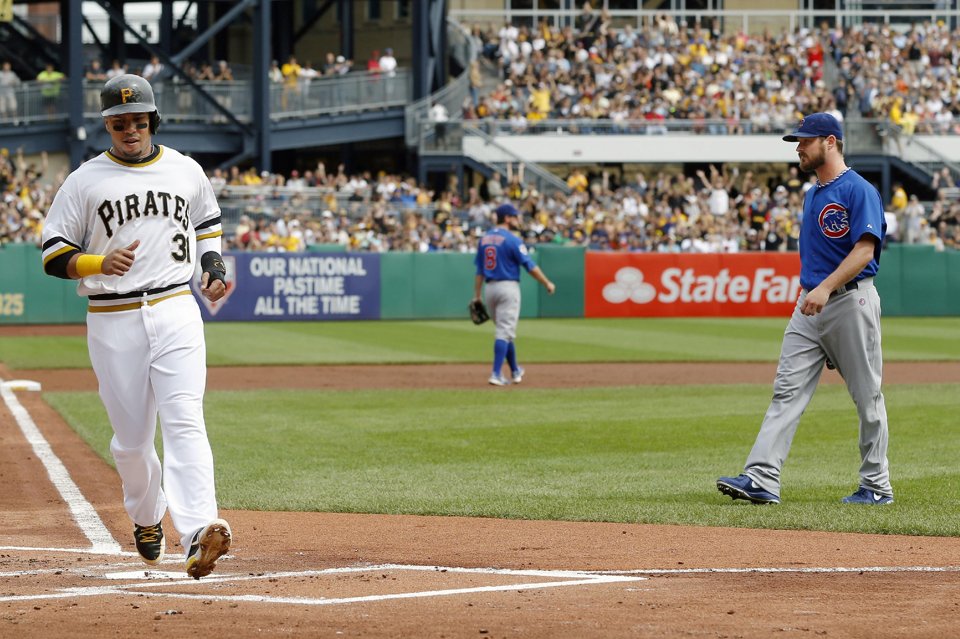 There’s no doubt about it, the Pittsburgh Pirates are in the middle of the biggest pennant race in Major League Baseball.  Every game counts.  Every inning counts.  Every run counts.  Every pitch counts.  And this afternoon at PNC Park, the Pirates made it all count in a 3-2 victory over the Chicago Cubs, securing a series victory while staying tied atop the N.L. Central standings.

Francisco Liriano pitched six innings, giving up two runs on three hits with four walks and four strikeouts, while earning a no-decision.  The Buccos’ left-hander had a no-hitter entering the seventh inning, but gave up three straight hits without recording an out, forcing Clint Hurdle to make the change.  The Pirates bullpen was solid this afternoon, as Bryan Morris, Kyle Farnsworth, and Mark Melancon combined to pitched three scoreless, hitless innings.

Pittsburgh’s offense was held in check quite a bit today, mustering seven hits total as a team.  Marlon Byrd had two hits to lead the club.  Jose Tabata led off the game with a triple, and scored on a wild pitch.  Tony Sanchez crushed a solo homerun to deep right center in the fourth inning to put the Bucs on top 2-0.  After the Cubs battled back with a two run homerun by Welington Castillo in the seventh, Pittsburgh scored the final run of the game in the eighth inning.  Justin Morneau’s pinch hit single scored Andrew McCutchen, putting the Bucs in front 3-2.

This was another huge series victory for the Pirates.  While the Cubs’ record certainly isn’t impressive, they do always seem to play the Bucs tough, and they did once again in this series.  With the victory today, the Pirates took three of four games, are 25 games over .500, and are once again tied with the St. Louis Cardinals for first place in the N.L. Central.

The Pirates now welcome the San Diego Padres to town for another four game series at PNC Park.  First pitch tomorrow is slated for 7:05pm.