Pirates Win Game One Of Doubleheader 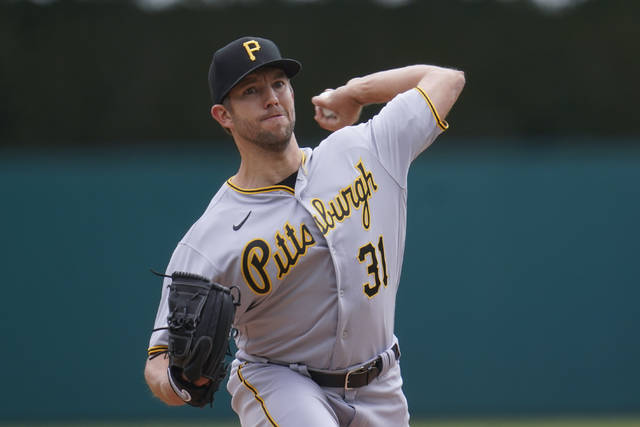 After a late April snow day at Comerica Park on Tuesday, the Pittsburgh Pirates and Detroit Tigers were scheduled to play two on Wednesday.  Pittsburgh fell behind by a run in the third, but a three run fourth inning was just enough to lift them to a Game One 3-2 victory over Detroit.

Tyler Anderson made the start for the Pirates today and was solid over five innings.  He would allow two runs on three hits to go with seven strikeouts and two walks.  That first run came in the third inning when Robbie Grossman hit a sac fly to center to plate Victor Reyes.  Run two came in the fourth on a Jonathan Schoop RBI single to right center that brought in Wilson Ramos.

Pittsburgh got to Tigers starter Michael Fulmer in the fourth inning.  That would be Fulmer’s last inning of work as he would allow three runs on four hits with three strikeouts and one walk.  Bryan Reynolds got the scoring started with a RBI single to right to bring home Adam Frazier.  Philip Evans then gave the Pirates a one run lead when he scored on a Colin Moran groundout.  The final run in the top half of the inning came when Erik Gonzalez singled to left center to bring in Reynolds.

Kyle Crick picked up his second hold of the season after working a scoreless sixth inning and striking out one batter.  Richard Rodriguez would earn his second save of the year after working a scoreless seventh inning, collecting the final three outs of the ball game.  Detroit would use Tarik Skubal out of the bullpen for three innings of work.  During that time he gave up three hits, walked three, and struck out two.

After two days off it was nice to start this series and doubleheader with a victory.  This win marked Pittsburgh winning seven of their last ten games and inching closer to that coveted .500 mark.  Game two of the doubleheader is scheduled to take place at 6:40pm