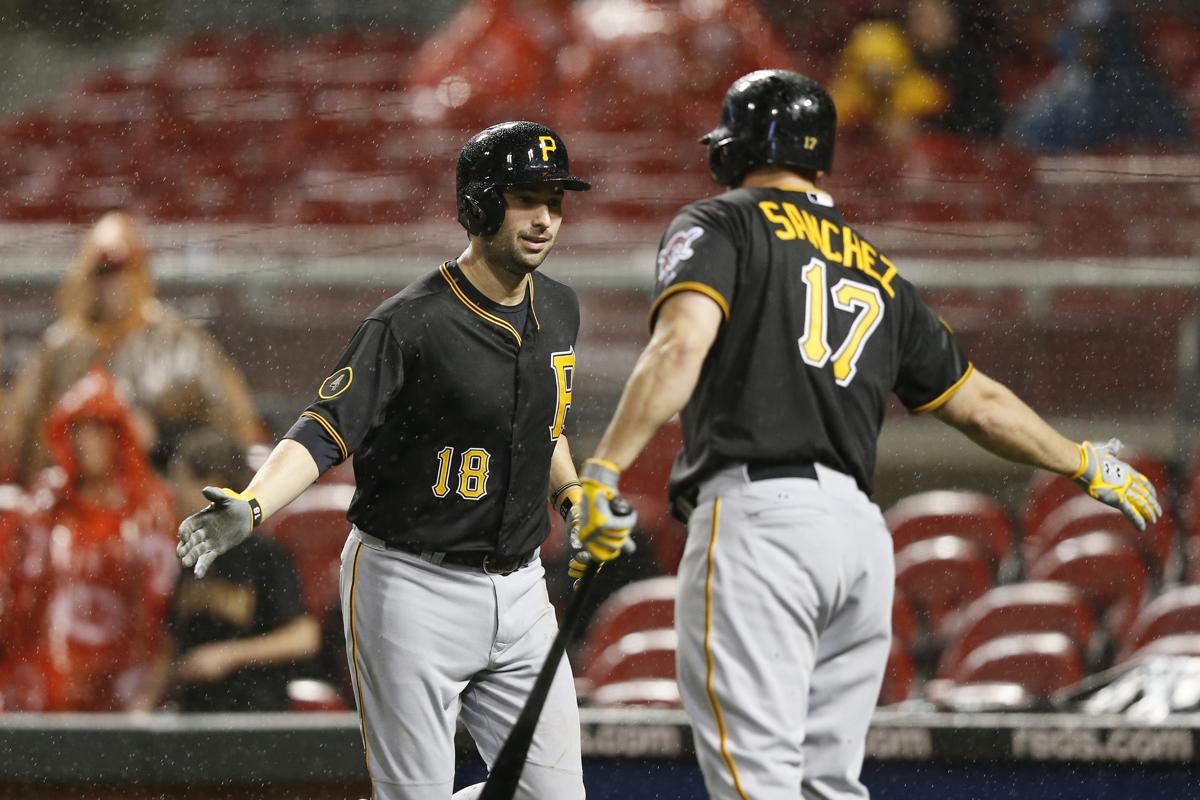 It took twenty three and a half hours, twenty two combined hits, and a Great American Ballpark record ten home runs for the Pittsburgh Pirates to defeat the Cincinnati Reds 8-7.

The first run of this game was the only one not to leave the ballpark before the rain delay began.  Andrew McCutchen hit an RBI single to left field that scored Starling Marte.  After that though, the long ball would be in full affect.

Todd Frazier would hit the first of three home runs off of Pittsburgh starter Wandy Rodriguez in the bottom part of the first inning to give Cincinnati a 2-1 lead.  The Pirates answered with the first of three back to back jacks off of Homer Bailey.  The first pair came from Neil Walker and Gaby Sanchez in the second inning.  These two would repeat this task in the sixth inning.

With the Buccos up 3-2, Ryan Ludwick would hit a two run shot that put the Reds up 4-3.  Once again though, Pittsburgh answered with consecutive homers from Marte and Travis Snider.  Cincinnati would take the lead again in the fifth on a two run dinger by Joey Votto.  With the Pirates up 7-6 the Reds would get a Devin Mesoraco home run to tie it at 7-7.  This is all the farther the game would go because of worsening field conditions and weather.

Once the game picked back up at 5:30pm on today, the pitchers were able to settle in a bit.  Bryan Morris picked up the win, while Mark Melancon pitched up a scoreless eighth.  When the ninth inning came around, Jason Grilli was able to pick up his fourth save of the year.  The winning run for the Buccos came in the seventh inning when Russell Martin brought in McCutchen with a RBI single.

Very strange game with so many home runs, the weather, and the length of time it took to play.  Even with all that it was nice for Pittsburgh to pick up a win and end their three game skid.  These two teams are back at it again thirty minutes after this game ended.