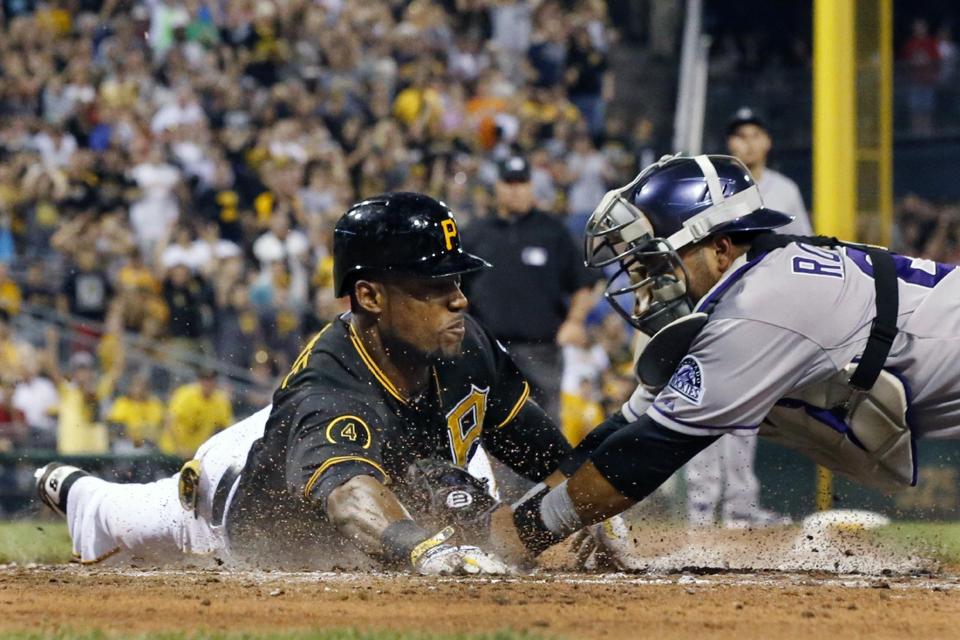 The All-Star break is a time for players to relax and recharge the batteries before the second half of a long season.  The Pittsburgh Pirates looked like they relaxed a bit too much during a 4-2 win over the Colorado Rockies.  Bad throws and poor fielding led to a total of three errors by Pittsburgh and many groans from the sellout crowd.

Colorado was able to score first tonight and it all started on an error by Jordy Mercer that should have been a double play.  With the bases loaded and one out Corey Dickerson hit into a fielder’s choice to put the Rockies up 1-0.  The Pirates answered that run in the fifth on a Starling Marte triple.  He would then be thrown out while trying to stretch it into an inside the park home run.

Colorado regained the lead in the sixth.  This happened because of a throwing error by Pedro Alvarez.  That error allowed the inning to continue and two batters later D.J. LeMahieu would single to shallow right, which allowed the go ahead run to score.

The seventh inning had a bit of the scare for Bucco fans.  With the bases loaded, Marte would be hit by a pitch in the head, which allowed the go ahead run to score.  Marte would remain in the game until the inning ended.  Pittsburgh would add two more runs in the eighth.  The first would come on a Travis Snider double that scored Neil Walker.  All-Star Josh Harrison would then hit a sac fly to cap the scoring for the night.

A win is a win, but with three errors and some base running mistakes it was a good thing the Pirates were playing a sub .500 team like the Rockies.  Had they been playing a division team, this game would have gotten out of hand early.  Charlie Morton will be pitching for the Buccos in game two on Saturday night.