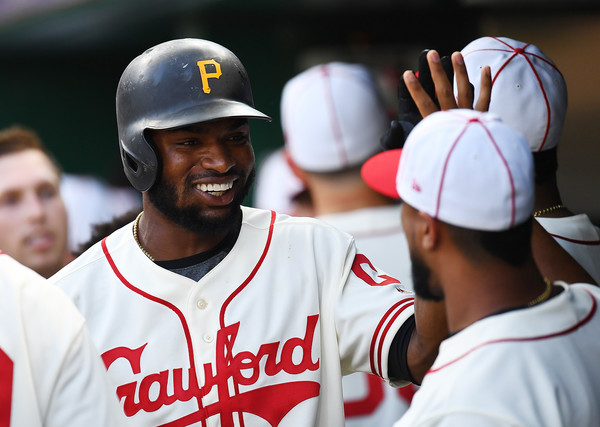 The Pittsburgh Pirates are wrapping up a difficult home stand and a disappointing first half of the season with a tough five game series against the Milwaukee Brewers.  But so far in their series against the N.L. Central division leaders, the Pirates have looked like the better team overall.  Tonight, they got a lead early and went on to beat the Brewers 7-3 at PNC Park.

Nick Kingham started for Pittsburgh tonight, improving to 4-4 on the season after giving up three runs on five hits in 5.1 innings.  Edgar Santana and Kyle Crick each had scoreless outings in relief.

After the Brewers got on the board in the top of the third, the Bucs added two more runs in the third.  Bell’s single scored Moran and Jordy Mercer’s double scored Bell to make it 5-1, and a Polanco solo homerun in the fourth made it 6-1.  Milwaukee added a couple runs, but Bell finished off his excellent night with a RBI triple in the eighth to make it 7-3, which would be the final score.

This was another strong showing by the Pirates against the division-leading Brewers.  While they have certainly dug themselves a huge hole, it is looking like they want to finish up this first half of the season strong before the All Star break. They will look to continue their strong play at PNC Park tomorrow afternoon as they face the Brewers in a doubleheader.