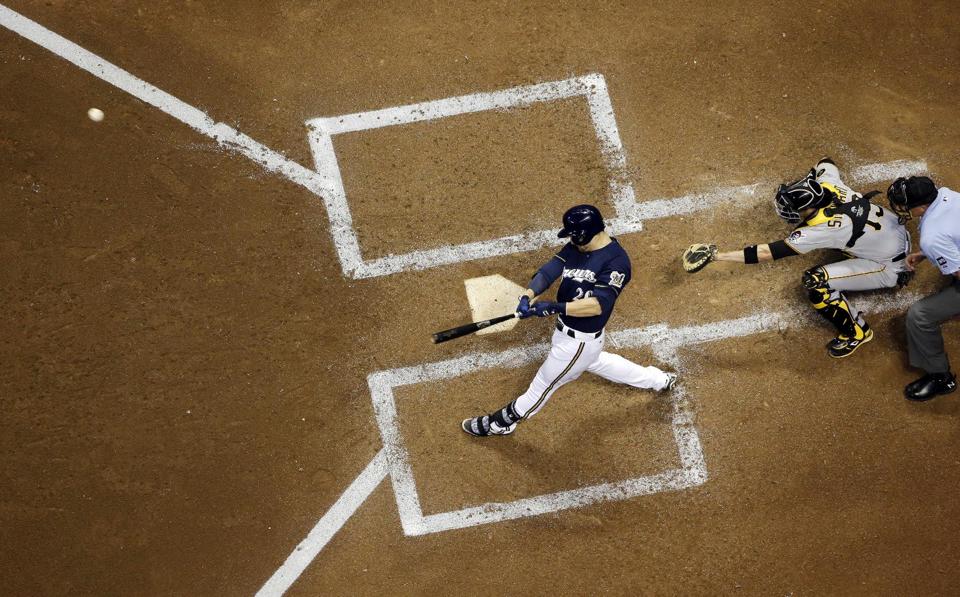 It appears that 2014 will once again be a season that when fans see the Milwaukee Brewers on the Pittsburgh Pirates schedule, they will cringe for three to four days.  Coming into this series Milwaukee was 6-1 against Pittsburgh this season and added to the win column with a 5-2 victory tonight.

Gerrit Cole started for the Pirates and was rained upon with boo’s from the Miller Park faithful after his part in a benches clearing brawl last month.  Cole did get hit tonight in only 5.2 innings of work.  The Brewers put two runs on the board in the third with a Jonathan Lucroy single to right field.  In the sixth inning Milwaukee would add to that lead with a Rickie Weeks RBI that scored Jean Segura.  Cole would leave after giving up a hit to the next batter.  His final line of the night was three runs on seven hits with six K’s and three walks.

Neil Walker gave the Buccos an early lead with a solo homer to centerfield in the first inning.  Many thought this would be a sign of things to come for the road team, but Brewers starter Marco Estrada settled in after that and would work through six innings, allowing six hits, while walking two and striking out eight.  The only other run Pittsburgh was able to scrap together tonight came in the eighth inning when Gaby Sanchez hit a pinch hit RBI double off the left field wall.

I would have to say that if the Buccos hope to get a game out of this series it will have to be tomorrow.  The main reason for this is that Wandy Rodriguez is ptiching on Wednesday.  Francisco Liriano will need to be nearly flawless tomorrow night and the Pittsburgh offense will have to jump on any mistakes made by Milwaukee starter Wily Peralta.  Game time is set for 8:10pm.