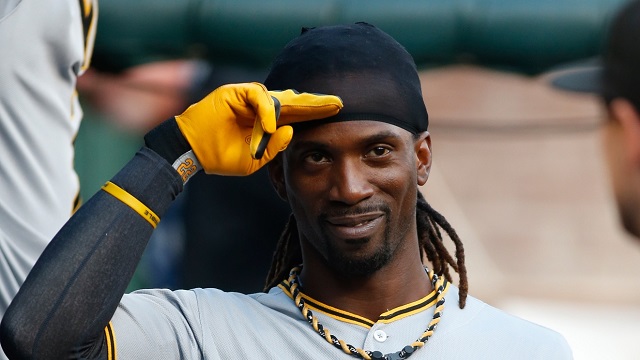 Despite all the heroics of last year, this team still has a number of question marks and potential obstacles to overcome in 2014.  The vast majority of “experts” across the MLB spectrum expect some type of regression from this team, and who can blame them?  After all, last year was the lone bright spot in an otherwise meager existence for a baseball team since the days of Bonds and Leyland.

The Pirates set their Opening Day roster over the weekend, with no real surprises in place.  Below is the complete 25-man roster that will be in place when the Bucs take the field tomorrow afternoon:

Many questions will be answered in 2014 about this team.  How will they follow up the miraculous dramatics of last year?  Will the bullpen be able to live up to what they accomplished a year ago?  How much will the starting rotation hurt with the loss of A.J. Burnett?  Will Neil Walker have a bounce-back year after a disappointing 2013?  Will Pedro Alvarez continue to improve with his power and his average this season?  Will Andrew McCutchen repeat another MVP-caliber season?  Will Francisco Liriano, Charlie Morton, and Gerrit Cole improve from stellar seasons in 2013?

The list goes on and on, and likely we won’t have a clear-cut answer until the end of this season.  But one thing is for sure – after all the feats that this organization was able to accomplish last season, expectations and hope are at an all time high for a city that loves their champions – from the Steelers to the Penguins…and now, we’re ready for the Pirates.

Tomorrow afternoon begins another long six-month journey of trials, tribulations, dramatics, and heroics that encompass a MLB regular season.  The first of a 162 game battle to the finish.  The Pirates have the attention of their fans, their city, and the rest of the baseball world.  Now it’s time to take that next step toward success.

We at Fans From The Stands will be there tomorrow afternoon to watch our beloved Buccos take the field to open the 2014 season at PNC Park against a familiar divisional foe, the Chicago Cubs.  First pitch is slated for 1:05pm.