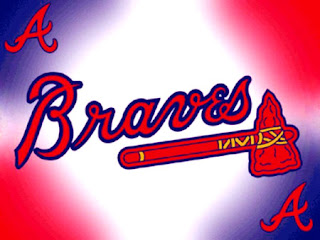 Well if anyone was un-convinced after their series against the Reds that the Pirates were once again spiraling downward, their 3-game series sweep by the Atlanta Braves should have erased any doubts. The Buccos made costly errors, lost their once-timely hitting, and, of course, even allowed a come-from-behind win over the weekend in Atlanta, dropping them to a dismal 11 games under the .500 mark.

Friday, May 28: Zach Duke is bipolar this season in terms of his starting performances. Unfortunately, he never allowed his team a chance to win on Friday. Duke gave up 4 runs in the first inning, including a 3-run bases clearing double by David Ross. He went on to only last 5.1 innings, while giving up 7 runs on 12 hits, with 2 walks, inflating his ERA to 5.09. Even though the bullpen once again did a solid job for the Buccos, too much damage had already been done, and the Pirates’ unreliable bats couldn’t bring them back…not even close.

Neil Walker and Garrett Jones each contributed 2 hits and 1 RBI for the Buccos, while Andrew McCutchen, Bobby Crosby, and Andy LaRoche each added a hit in the losing effort. Braves’ starter Derek Lowe once again dominated the Pirates, giving up only 1 run on 4 hits through 7 innings, while the bullpen came in and maintained the rest of the game on their way to a 7-3 win in the first game of the series.

Saturday, May 29: When your team’s pitcher is the leading offensive contributor in a game, your chances of actually winning that game are pretty slim. Unfortunately, that was the case on Saturday for the Buccos as they dropped the 2nd game of the 3-game set against the Braves, 6-3.

Starter Brian Burres tried to win the game himself for the Pirates, tripling home Lastings Milledge and Ronny Cedeno on a ball that skipped by former Bucco Nate McLouth’s glove. Andrew McCutchen supplied basically the Pirates’ only other means of offensive production with a solo homerun in the 3rd inning. Pittsburgh managed a total of 9 hits throughout the game, but timely knocks were absent on this day. Cedeno and Neil Walker each contributed 2 hits a piece, but again, the lack of offensive consisting in run-scoring situations never game the Pirates a chance to take the game.

Martin Prado was the sitting star of the day for the Braves, going 2-4 with 3 RBI, including a 2-run double in the 8th, breaking the game open and giving his team some breathing room in an eventual 6-3 victory. Following Saturday’s game, the two teams were going in complete opposite directions heading into the final game of the series…one that the Pirates DESPERATELY needed to pull out to avoid the sweep.

Sunday, May 31: What was one thing missing from this series so far? How about a victory by the Braves coming on a final at-bat effort? That was the case on Sunday as Chipper Jones singled in Nate McLouth and Jason Heyward blasted a 2-run triple in the bottom of the 8th inning, breaking open the once-tied ballgame and helping the Braves complete the 3-game sweep of the Pittsburgh Pirates.

Bucco reliever Joel Hanrahan proved to be a short circuit on Sunday in a Pirates bullpen rotation that has been phenomenal. Hanrahan gave up 3 runs on 3 hits and 2 walks in his 1.2 innings of work, allowing the costliest 3 runs of the series. Starter Paul Maholm pitched another decent game, giving up 2 runs and 3 walks on 10 hits through 6 innings. Paul kept the game close, hoping, along with the rest of the Bucco nation, for some timely hits that were characteristic of the team in April. Those hits never came…at least, not for the Pirates.

Jeff Clement supplied the only offensive firepower for the Pirates, blasting a 2-run homerun in the 7th inning, which tied the game at 2. Andrew McCutchen, Garrett Jones, and Aki Iwamura added the only other hits the Buccos could muster throughout the game.

Following their embarrassing 1-6 road trip, the Pirates return home to PNC Park with an overall record of 20-31, a disgusting 11 games under the .500 mark. Unfortunately, there is not one area to blame for their horrible play recently. It’s a combination of flaws, all adding up to be yet another frustrating summer for Pittsburgh baseball fans. The Pirates return home on Memorial Day for a 3-game series against the Chicago Cubs, a team the Bucs have faired well against this year, but who are playing fantastic baseball as of late. The game on Monday will conclude May, a month that has historically taken the Pirates’ season hopes of competing away from Pittsburgh year after year. You think May was bad? Take a look at the schedule for June.