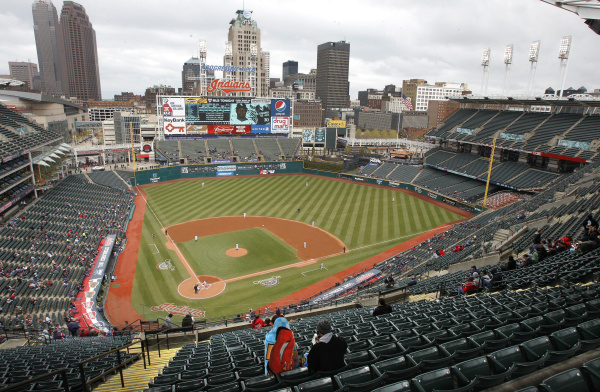 Following their 3-2 victory over the Kansas City Royals last Sunday at PNC Park, the Pirates and their fans were living the high life.  They had just completed a sweep of the Royals in Interleague Play, were a season-high five games over .500, and by the end of the night, were tied for first place with the Cincinnati Reds in the N.L. Central.  Yes, things were looking up for the Bucs and their faithful.

Wow, a lot can change in a few days.

The Bucs were swept this week by a red-hot Baltimore Orioles hitting the cover off the baseball.  In three games, the Pirates gave up a total of 27 runs, an average of 9 runs per game.  The trio of starting pitchers in the series included Brad Lincoln, Kevin Correia, and Erik Bedard, and each was ineffective against the O’s.  The offense, although scoring a total of 13 runs in the series, weren’t able to produce enough runs in the vital innings to keep the games within reach for extended periods.

Now Pittsburgh continues their Interleague Play schedule against the Cleveland Indians, beginning tonight at Progressive Field.  The focus once again has fallen on the dismal play of Pedro Alvarez, following a horrible series in Baltimore. Despite his RBI single in last night’s game, his approaches at the plate as of late have been dreadful, and everyone, from Neal Huntington to Clint Hurdle to Pedro himself, seem disgusted.

Andrew McCutchen, Garrett Jones, and Neil Walker are producing at the plate, and Rod Barajas continues to show us glimpses of his undeniable power.  Jose Tabata, Alex Presley, and Clint Barmes show hot and cold streaks, while Casey McGehee may be the hottest player on the team right now.

In other news, Jeff Karstens is continuing his rehab, while Charlie Morton had season-ending Tommy John surgery on his elbow yesterday.  Given the time period of recovery (12-18 months), along with his contract situation, Chuck’s future with the Pirates is certainly in question.

The Pirates’ road trip is clearly off to a rough start…and they need a strong performance this weekend in Cleveland to restore some momentum before they head back to Pittsburgh for series against the Minnesota Twins and Detroit Tigers.

Like the Pirates, the Indians are a surprise out of the A.L. East this year, as they were last year out of the gate.  They are led by Jason Kipnis’s 10 HR, 40 RBIs, and a .279 average, along with Asdrubal Cabrera, who enters this series hitting .299 with 5 HR and 25 RBIs.  The Tribe have six players with at least 20 RBIs, which also includes Shin-Soo Choo and Michael Brantley.

From a pitching standpoint, Derek Lowe has been their most consistent arm on the mound, with a 7-5 record and a 3.78 ERA.  His is the only regular starter in the Indians’ rotation with an ERA under 4.00.

Cleveland is coming off being swept by the Cincinnati Reds at Great American Ballpark this week.  After winning records in both April and May and with a record of 27-23, they are just 5-7 this month, and return home for the start of a six-game home stand tonight against the Pirates.

[box_dark] “The sky’s not falling because we got swept in Baltimore, but we’ll be happy to be out of here.” [/box_dark]

Clint Hurdle on being swept by the Orioles this week

[box_dark] “Everything I threw over the plate they hit.” [/box_dark]

This weekend’s matchup at Progressive Field features two teams who have had rough weeks thus far, and need to build momentum heading into the latter part of June.  The two teams met last year, with the Tribe sweeping the Bucs.

As always, follow us on Twitter and Facebook, as well as checking back right here for all the recaps and reactions to every Pirates’ game all season, from us, the Fans From The Stands!