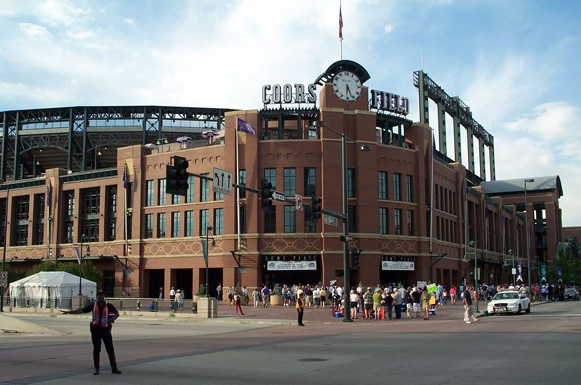 Andrew McCutchen continues his tear through National League hitting.  After a 7-12 performance in Milwaukee, including three homeruns, Cutch is now hitting .371 and is the most dangerous hitter in the league.  The rest of the Pirates struggled in Milwaukee, though, striking out a total of 44 times in three games.  After scoring 13 runs in the first two games of the series, they were held to just a single run on Sunday.

James McDonald, who some regarded as one of the snubs for this year’s All Star Game, struggled mightily on Friday night, while A.J. Burnett, who took the loss in yesterday’s game, was the unfortunate victim of poor defensive plays by Garrett Jones and Pedro Alvarez in a sixth inning which ended up being the difference in the ballgame.

Neil Walker extended his hitting streak to 15 games yesterday, but other than he and Cutch, the rest of the Pirates offense was held in check.  In fact, as a team, the Bucs only tallied five hits all afternoon…certainly not the recipe for success.

Despite the rather disappointing play this weekend, the Pirates still sit 10 games over .500, and are just a game behind the division-leading Cincinnati Reds.  The Bucs begin a three-game series tonight in Colorado against a struggling Rockies’ club before heading home to PNC Park.

It has been a rough season for the Colorado Rockies.  They currently sit 20 games under .500, are in last place in the N.L. West, 14.5 games behind the division-leading San Francisco Giants.  In fact, they have the second worst record in the entire National League, ahead of only the Houston Astros.  Baseball fans in Colorado have certainly seen better days at the ballpark.

Despite his team’s terrible record and horribly inconsistent play, Carlos Gonzalez continues to solidify himself as a star in the National League.  His .332 average, 17 homeruns, and 60 RBIs are not only the best on the team, but also among the top in the league.  Guys like Dexter Fowler, Marco Scutaro, Michael Cuddyer, and Tyler Colvin have been strong role players and have delivered big hits in spots this year, but overall, given the traditional reputation of their hitter-friendly home ballpark, this team is simply not getting it done.

The main culprit for the Rockies’ demise so far this season, though, has been the pitching.  Teams are scoring in droves against them, and the starters’ ERAs certainly reflect that.  Even looking at the three projected starters for this series, they have a combined ERA of 5.64.  In the past, the Rockies have been able to out-hit and outscore their opponents, similar to the way the Milwaukee Brewers have done in the past few years.  But this year, it’s simply not happening, and it’s been a terribly frustrating season because of it.

After a decent start to the year (11-11 April), Colorado was plagued by losing streaks and inconsistent play in May (10-18) and June (9-18).  The Rockies are entering tonight’s series as the second of two sets against opponents from the Keystone State.  Prior to the series beginning tonight against the Pirates, they lost two of three to the Philadelphia Phillies this past weekend.

After a rather sloppy and disappointing beginning to the second half of their season, the Pirates will look to finish up this road trip on a positive note, earning a series victory and securing at least a .500 mark on the road.  While this past weekend wasn’t what we, the fans had hoped for, hopefully a three-game spread against the struggling Rockies is just what the Pirates need to get back to their winning ways.

Be sure to check right back here for recaps and reactions to each and every Pirates game all season long, from us, the Fans From The Stands!