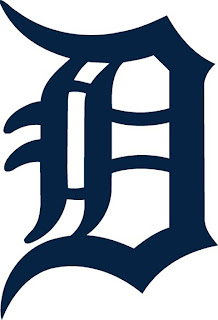 The Pirates left Washington after being swept in a three game series by the Nationals and boarded a plane for the Motor City to take on the Detroit Tigers. This would mark the first interleague series of the year for the Buccos and for those of us who follow the team we know that they usually do not fare well when it comes to interleague play.

Friday June 11: Different opponent, same results. For the sixth game in a row the Pirates found themselves on the losing end of the ball game as they would fall to the Tigers 6-2. Ross Ohlendorf, who fell to 0-4 on the year, allowed six runs and ten hits in six innings. His counterpart, Justin Verlander, went seven innings allowing two runs on four hits. Once again the Pirates bats were kept quiet. Andrew McCutchen gave the Pirates the lead in third by doubling in Aki Iwamura. McCutchen would score the other run in eighth when Garrett Jones would single him in. Another disturbing trend during this losing streak is the amount of home runs the Pirates pitchers have been giving up. This game would be no different as the Tigers would get a solo shot by Brennan Boesch in the fourth and a two run shot by Ramon Santiago in the sixth. With two games left in the series its quite obvious that the Pirates need more offense and better starting pitching if they hope to salvage the series.

Saturday June 12: Detroit hosted their 16th annual Negro League tribute game as the Tigers wore the uniforms the Detroit Stars and Pirates represented the Pittsburgh Crawfords. Even a change of uniform couldn’t help the Pirates on this date. Defensive miscues and a walk-off homerun in the bottom of the tenth by Carlos Guillen, off of Brendan Donnelly, led the Tigers to a 4-3 win as the Pirates lost their seventh in a row. The Ryan Doumit at first experiment continued tonight and led to terrible results. Twice in the game Doumit was unable to control balls thrown to him. One resulted in the Tigers taking a 3-2 lead in the seventh. He also allowed many hit ground balls to go between him and the 2nd baseman. Of course the lead never would have occurred if Evan Meek would have turned a double play instead of chasing a runner on third into a rundown. This type of poor defense has cost the Pirates many games this season. The Pirates offense continued their struggles as Jason Jaramillo hit into a double play with the bases loaded in the second and Ronny Cedeno looked confused on two strikeouts as to what he is supposed to do at the plate. A plus for the Buccos was Garrett Jones hitting a home run and Jose Tabata doubling in the second, stealing third, and scoring on a Neil Walker single.

Sunday June 13: Consistency is something the Pirates were looking for when they season started, but not this kind. For the eighth day in a row the Pirates lost, this time to the Tigers by the final of 4-3. This also marked the second series in a row that they Pirates were swept in a three game series. The reasons for the Buccos loss today were lack of offense and poor bullpen pitching. Garret Jones hit a solo homer in the second inning and had a RBI double in the fourth that scored Ryan Doumit to give the Pirates a 2-0 lead. The Tigers bats would awaken in the seventh with a solo shot by Alex Avila off of reliever DJ Carrasco. Javier Lopez would come in with two outs in the eighth inning to face one batter, Johnny Damon, and walk him. John Russell would call for Octavio Dotel to come in and face Miguel Cabrera. Not one of Russell’s smarter choices as Cabrera would blast a home run giving the Tigers a 4-2 lead. Doumit would score again in the ninth, on a sacrifice fly by Delwyn Young, to make the score 4-3 which would be the final. Once again the Pirates wasted another strong outing by Jeff Karstens who would go seven innings allowing two runs on six hits.

This was a terrible road trip for the Pirates. It is harder and harder to follow this club with the way they lose games. As a fan you try to stay positive, but there is a part of you that says that somehow someway they will blow this game. Hopefully a day off and a return home will allow the Pirates to pull off a few wins in the six game homestand.