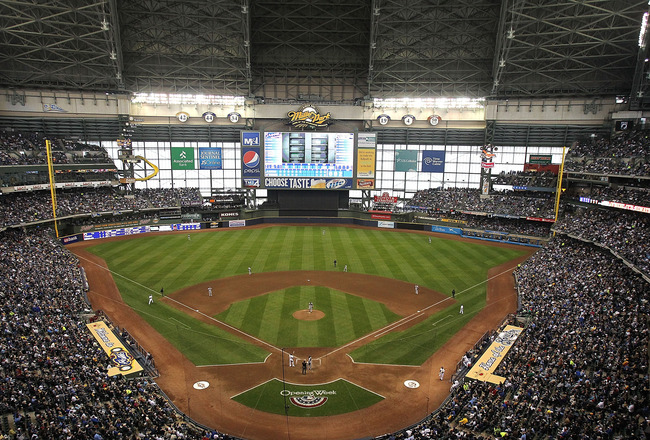 One of the more overlooked and underappreciated aspects of this team, however, has been the bullpen.  Joel Hanrahan and Jason Grilli grab much of the attention, but guys like Juan Cruz, Brad Lincoln, Chris Resop, and Jared Hughes, among others, have pitched so incredibly well and consistent that it’s nearly a guaranteed victory when the team has the lead going into the seventh, eighth, or ninth innings.

As impressive as the first half was, though, the Pirates not only need to keep pace with what they’ve been doing, but they actually need to get even better.  Given their schedule this month, they’ll have the opportunity to do just that.  After an interesting road trip in Milwaukee and Colorado, the Bucs will return home for a six game home stand to host the Miami Marlins and Chicago Cubs.  They’ll wrap up the month at Houston and in Chicago.  Like we said…there are plenty of chances to extend their lead in the division over the next few weeks.

For everything that Andrew McCutchen has done for the Pirates, Ryan Braun has been equally important to the Brewers.  Following an offseason full of tarnished imagery and controversy, the 2011 N.L. MVP has negated any speculation that his production would decrease after losing the security of hitting in front of Prince Fielder.  On a team that has been hamstrung by injuries and underperforming, Braun leads the Brewers in batting average (.306), homeruns (24), RBI’s (61), runs scored (56), and stolen bases (15).

Aramis Ramirez, who was brought in to compensate for the loss of Fielder, has been productive in spots, hitting 10 homeruns with 52 RBI’s and a .272 average, but hails in comparison to last year’s cleanup hitting production.  Corey Hart’s homerun total (16) is impressive, but his .254 average and only 38 RBI’s prove he’s not nearly as productive when he’s not hitting the ball in the seats.  Rickie Weeks has been abysmally disappointing this year, hitting .199 for the season with eight homeruns and 29 RBI’s.  Who would have guessed after last year that we’d be talking about an underproductive Brewers’ offense?

Zack Greinke is the ace of this staff, no doubt about it.  He’ll be starting for the third consecutive game for the Brewers tonight, looking for his 10th victory of the season.  While the majority of the pitching staff as been middle of the road, Randy Wolf has been dreadful, sporting a 2-6 record and a 5.80 ERA.

The Brewers are five games under .500 and eight games behind the Pirates in the N.L. Central.  We’ve all seen what this team is capable of when they get on a roll though.  It’ll be interesting to see how they do down the stretch in the coming months.

[box_dark] “We have worked hard to get where we are, and we’ve earned our way so far.” [/box_dark]

[box_dark] “I was like, ‘It’s cool to get three straight starts, but if you lose all three of them, that would be the worst thing ever.” [/box_dark]

In the first weekend after the All Star break, it’s a big slate of games over the next few days.  While the Brewers are hosting the Pirates, the Cincinnati Reds and St. Louis Cardinals will also kick off their second half against one another.

Check back here for recaps and reactions to each and every Pirates game all season long, from us, the Fans From The Stands!