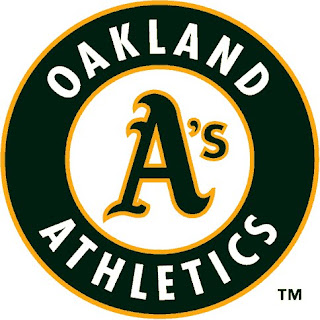 The middle set of a three series road trip found the Pirates in their final interleague matchup of the year as they headed to Oakland to battle the Athletics. After already being swept by the Texas Rangers in the first part of this trip, the Buccos looked to salvage some dignity with interleague play as they came into this series with a 2010 interleague play record of 2-10.

Friday June 25: Blowout. The Pirates once again found themselves on the wrong side of 14-4 defeat, this time at the hands of the Athletics. The Buccos lead off the game by scoring two runs in the top of the first, off of A’s pitcher Ben Sheets, which gave fans hope that the Pirates offense would be alive in this game. This lead didn’t last long as the Athletics tied it up in the bottom of the inning. The Pirates once again took the lead in the top of the third when Ryan Doumit doubled home Andrew McCutchen. This would be the final time the Buccos would lead for the night as the Athletics would score two runs in the bottom of the inning. Going into the bottom of the seventh the Pirates trailed 5-4 and still had hopes of pulling out a W. Unfortunately the Bucco bullpen would get shelled for seven runs putting the game well out of reach and sending them to their fourth loss in a row and fifteenth consecutive road loss. A’s outfielder, Coco Crisp, fell a homerun short of hitting for the cycle in the game. A scary moment occurred for the Pirates when the back of Neil Walker’s head collided with the thigh of Ryan Church in the bottom of the seventh. Walker was removed from the game and taken to a local hospital.

Saturday June 26: Game two of the series featured each team wearing retro uniforms from the 1970’s, an era that fans from each franchise wish they could relive. The Pirates and Athletics combined for five of the ten World Series winners from that decade. Unfortunately for Pirates fans the old uniforms did not help as the Pirates were shutout 5-0. Daniel McCutchen made the start for the Buccos and went six innings giving up four runs and seven hits. His mound opponent, Trevor Cahill, would have a great outing going 7 2/3 innings, striking out 10 while walking 3. The lone home run of the night came from A’s catcher Kurt Suzuki, who went deep in the fifth inning. The Pirates offense was obviously silenced since they were shut out, but they were also only able to manage two hits in the game. Those hits came from Jose Tabata and Lastings Milledge. Pedro Alvarez went 0-3 with two strikeouts as he saw his already abysmal batting average drop to .114.

Sunday June 26: Errors lead the Pirates to defeat on this day. It all began with an errant pickoff throw by Ross Ohlendorf to first, followed by an error from Garrett Jones to third, which allowed Cliff Pennington to score in the third. In the fifth inning a routine fly ball was dropped by Andrew McCutchen allowed runners to advance to second and third. With the bases loaded Ohlendorf would walk a run in just two batters later to make the score 2-0. Fortunately though Ohlendorf was able to get three straight outs with the bases loaded to avoid any more damage. In the seventh inning Lastings Milledge would finally hit his first home run of the season, a solo shot off of Gio Gonzalez, to cut the lead to 2-1. Later that inning Jose Tabata would hit a two out double to bring in Andy LaRoche to tie the game at 2. The final error to hurt the Pirates would occur in the bottom of the eighth when Jason Jaramillio would miss read a foul ball with two outs. The very next pitch would be a solo home run by A’s catcher Kurt Suzuki, to make it 3-2 which would be the final.

This would mark the second straight series the Pirates would be swept and their 17th consecutive loss on the road. Thankfully this was the final interleague series for the Pirates as they would finish the year 2-13. Right now no one is playing well for the Pirates. The defense is committing errors, the pitching is walking batters and giving up hits at the wrong time, and the offense is nowhere to be found. The Pirates will finish up the horrible month of June on the road against division rival Chicago for a three game set. The Cubs are a team the Pirates have played well against this year. Hopefully they can continue this trend and carry some momentum into July.