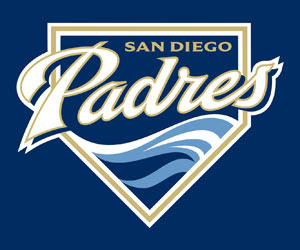 The Pirates embarked on another road trip which would certainly test their ability, traveling to both San Diego and Houston, two cities where our beloved Buccos haven’t performed well in the past.

Tuesday, August 10: Minimal offensive production and Ryan Ludwick’s San Diego coming out party combined for a 4-1 defeat for the Pirates at the hands of the Padres in the opening game of the series at Petco Park.

Ludwick homered in the 2nd and 7th innings, while the rest of the Padres’ lineup added a few timely hits, which was more than enough offense for their starter Wade LeBlanc. Buccos starter Jeff Karstens pitched yet another serviceable game, lasting 6 innings while only giving up 2 runs on 3 hits. Unfortunately, the offense was virtually non-existent for the Pirates, as Pedro Alvarez’s 3rd inning RBI single was the only notable play. This certainly was not the start the Pirates, or their fans, hoped for in the first game of the road trip.

Wednesday, August 11: Padres powerhouse Adrian Gonzalez went 4-4 and was the hitting star of the day as the Pirates dropped their second straight game at Petco Park on Wednesday, 8-5.

Pitching wasn’t exactly impressive on either side as was the case the night before. Buccos’ starter James McDonald, after a stellar debut at PNC Park, didn’t match his earlier performance, giving up 4 runs on 7 hits through 4.2 innings. Reliever Chan Ho Park didn’t fare much better, surrendering 3 runs in one inning.

The offense for Pittsburgh did finally wake up from their slumber, tallying 5 runs in the losing effort. Neil Walker had 2 hits and Ryan Doumit tallied 2 RBI. The bulk of the scoring came in the 7th as the Pirates cut the deficit to 3 runs on Pedro Alvarez’s bases loaded walk, Doumit’s 2-run double, and Chris Snyder’s sacrifice. Unfortunately, they wouldn’t get any closer on this night.

Thursday, August 12: The Pirates went back into hibernation, Ryan Ludwick hit another homerun, and the Padres swept the series, and the season set, from Pittsburgh.

In a rather uneventful game, the only scoring came in the 3rd and 6th innings. Miguel Tejada doubled in the game’s first run in the 3rd inning, and Ludwick’s 2-run shot in the 6th gave the Padres some breathing room, which turns out, they didn’t need.

Ryan Doumit went 2-3 on Thursday, and was responsible for half of the team’s hits. Starter Zach Duke fell to 5-11 on the season, giving up 2 earned runs through 6 innings, slating his ERA at 5.20.

This was not the start to the road trip any Pirate fan could possibly hope for, as they drop the first three games, and now travel to Houston for a 3-game series against an Astros team who has owned them in Texas. The Pirates are sinking fast, and are now officially Major League Baseball’s very worst team. This is the point in the season when it begins to be very difficult to watch. Hopefully the Pirates can begin to work on building a foundation for next year, a phrase that has become all too familiar in the past 2 decades.