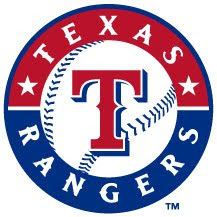 The Pirates left PNC Park, ironically enough, with a bit of optimism. After losing 12 straight games, the Buccos had rebounded with 2 wins and a series victory over the Mistake From the Lake (as coined by Zane The Train Heiple), the Cleveland Indians. Because of this, there was a very small light of hope that the Pirates could carry over this momentum as they hit the road against the Texas Rangers, starting a 9-game, 3 city road trip.

Tuesday, June 22: The Rangers came into this series red hot, and they continued that type of play against our Pirates. After a lackluster start against Buccos starter Ross Ohlendorf, the Rangers tattooed him for 4 runs on 5 hits in just 4.2 innings, handing the Pirates an opening series loss, 6-3.

The Pirates did jump on top early in the 1st, as Garrett Jones singled home Neil Walker. Then in the 4th, the Buccos took a 2-0 lead on a Rangers error which allowed Pedro Alvarez to score. But Texas came back with a run in the 4th and 3 runs in the 5th, distancing themselves from the Pirates, and never looked back from there. Julio Borbon blasted a 3-run homer in the 5th, which gave the Rangers the lead for good. Bobby Crosby did go 3-4 with an RBI in a losing effort for the Pirates.

Wednesday, June 23: The Rangers extended their winning streak to 10 games on Wednesday with a 13-3 annihilation of the Pirates. Texas obliterated starter Paul Maholm, who only lasted 1 inning, giving up 5 runs on 4 walks and 7 hits, inflating his ERA to 4.24. The two big blowout innings for the Rangers came in the 2nd and 4th, where they scored 5 and 6 runs respectively.

Michael Young went 3-4 for Texas, blasting a homerun as well as knocking in 4 RBI. Bobby Crosby had a multi-hit game for the 2nd straight night, While Jose Tabata, Ryan Church, Delwyn Young, and Pedro Alvarez had the rest of the hits for the Pirates, tallying only 1 a piece. It was another frustrating game for the Buccos, dropping them to 21 games under the .500 and it also guaranteed another road series loss.

Thursday, June 24: Usually when the Pirates are playing against a team who completely overmatches them, there is one game in which the Buccos should win, or at least, have a chance to win. That game was the series finally on Thursday, in which the Pirates jumped on the board for 4 runs in the first inning. Garrett Jones, who went 3-4 on the night, got the scoring started with an RBI single to right, scoring Jose Tabata. Pedro Alvarez then blased a 2-run double, and later scored on Ryan Doumit’s single.

Little by little, however, the Rangers’ bats began to warm up while the Pirates started to waste opportunities. Texas tallied one run in the 2nd inning, then 2 in the 4th, and 2 in the 7th to tie the game, 5-5. Then in the bottom of the 9th, after the Pirates squandered an opportunity in the top half of the inning, Vladmir Guerrero singled to left, driving home the game-winning RBI, extending the Rangers wining streak and completing the series sweep of our beloved Buccos.

This was a terrible start to the road trip for the Pirates. They were completely overmatched in the first two games, which was frustrating enough, but then to blow a 4 run lead and lose it in the bottom of the 9th is heartbreaking. It seems as though they find new ways to lose each game. Pedro Alvarez, while at times looks as though he’s beginning to settle in, has games where it appears as though he should still be playing in Altoona even. Garrett Jones seems to have found himself at the plate, as his average stands at .289.

The team, flat out, can’t score runs. To add to the problem, the starting pitching has been downright horrendous, and they lack the starter who can walk out on the mound every 4 or 5 days and shut down the opposition. Unless the Pirates’ bats wake up or the pitching becomes somewhat satisfactory, they will continue to lose games. Teams in professional baseball are too good to and will beat the Pirates every game if they continue to play the way they are now.