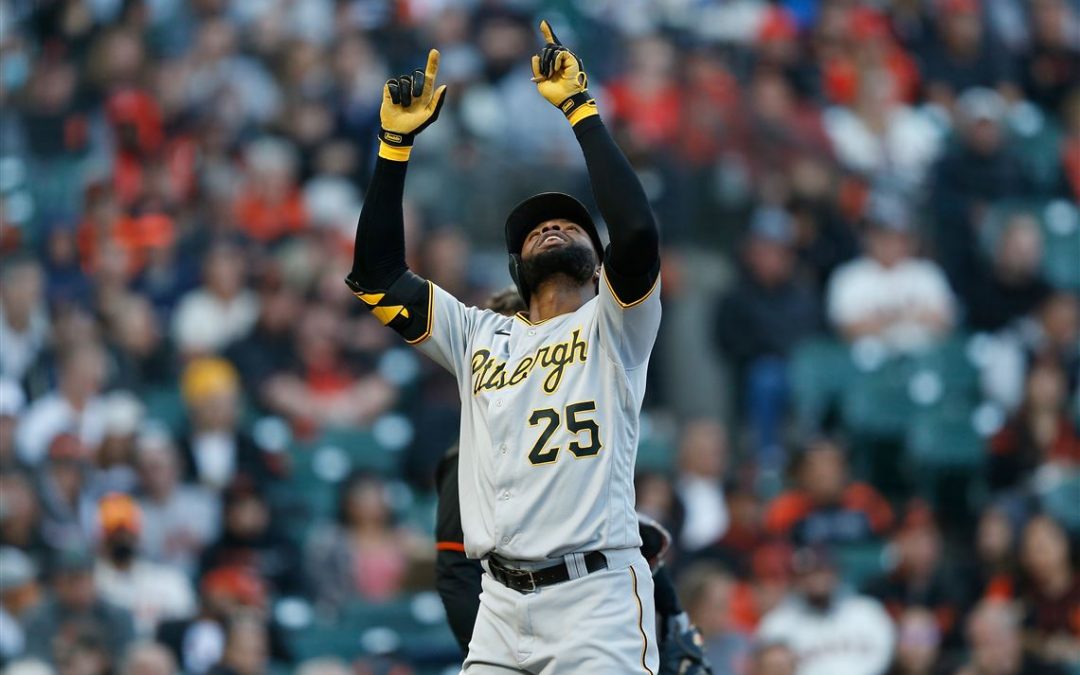 The Pittsburgh Pirates faced a difficult challenge on Saturday night against the San Francisco Giants.  Kevin Gausman was on the bump for the home team, one of the top performing pitchers of the season with a stingy ERA at worst.  On Saturday night, the Pirates’ bats were live and tagged the Giants early and often on their way to a 10-2 rout.

The Bucs chased Gausman from the game before he could complete the fifth inning, giving up six runs on eight hits with four walks.  He fell to 9-4 with the loss, “ballooning” his ERA to 2.21 for the season.

Wil Crowe started for Pittsburgh, earning his second victory of the year.  He gave up two runs on four hits with a walk and nine strikeouts in 5.1 innings of work.

A sacrifice fly by Gregory Polanco in the top of the first gave the Bucs an early 1-0 lead, but the Giants responded with a run of their own in the bottom of the second, tying the game.

From that point on, it was all Pirates.  Singles by Polanco and Ben Gamel in the third scored two more runs, making it 3-1.  Gregory’s hot night continued in the fifth when he hit a solo homerun, his 11th of the season.  A single by Kevin Newman finished off the scoring in the fifth, making it 6-1.

San Francisco scored a run in the sixth to make it 6-2, but the Pirates added three more runs in the eighth.  A triple by Michael Perez, sacrifice fly by Wilmer Difo, and a single by Bryan Reynolds each scored a run.  Newman finished off the scoring in the ninth with a single to left field.

This was an all-around “feel good” win for this Pirates team.  Despite the disastrous season the Bucs have endured this year so far, they have faired reasonably well against some of the better teams in the league, including the Giants.  They have now secured a winning record against San Francisco in this series and the season series, and have an opportunity to clinch the series sweep with another victory on Sunday.  JT Brubaker will take the mound for Pittsburgh against Alex Wood for San Francisco.