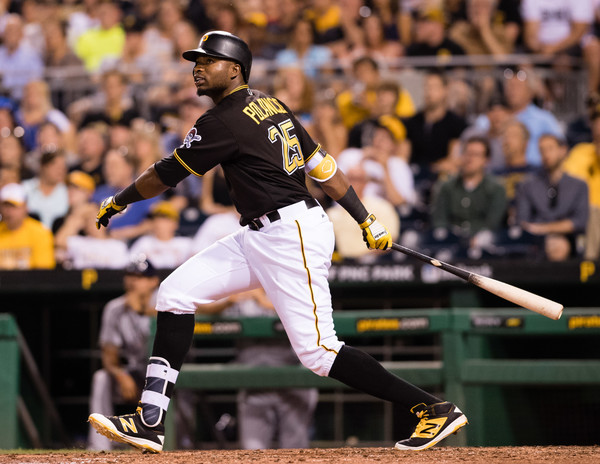 The Brewers collected their first run on an Orlando Arcia single in the first.  Their final run of the night came in the fourth when Josh Bell tried to throw out Travis Shaw at home, but a high throw made the tag impossible.

The Pirates started their rally in the fifth on a Gregory Polanco double to left center.  He would then tie the game later in the inning on a sac fly by Jordy Mercer.  Polanco would save a run in the sixth when he gunned down a runner at home to end the inning.  After that throw in the top part of the inning, he would give the Buccos the lead in the sixth with another RBI double to left center.  The final insurance run came in the eighth on a Max Moroff pinch hit RBI single to left that scored who else, but Polanco.

Daniel Hudson earned the win tonight and all he had to do was collect the final out of the sixth.  Tony Watson gave up two hits, a walk, and a strikeout during his work in the seventh.  Juan Nicasio collected two outs in the eighth, along with a hit and a strikeout, before Felipe Rivero finished off the inning.  Rivero would come back out in the ninth and pick up his seventh save of the year.

Great way for Pittsburgh to start this four-game series.  In a division this hotly contested, division games hold a little bit more weight than normal.  Ivan Nova will look to keep this team heading in the right direction, when he faces Junior Guerra who is making his first start since coming off of the disabled list.  First pitch is set for 7:05pm.