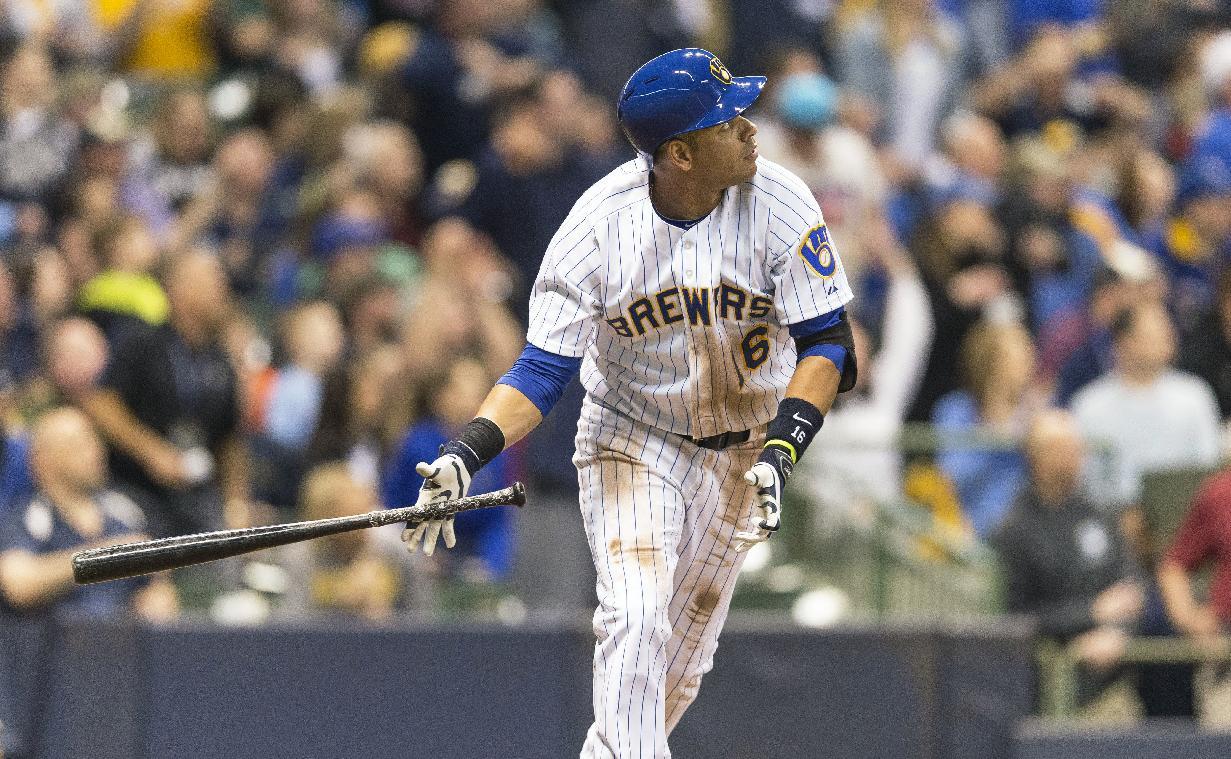 The Pittsburgh Pirates opened the 2014 season by winning their first three series against the Chicago Cubs, St. Louis Cardinals, and the Cubs again.  They returned to Miller Park tonight, though, a place that has been a nemesis for years.

In tonight’s opening game of the weekend series, Francisco Liriano and the Pirates made a few mistakes, and the Milwaukee Brewers capitalized by hitting the ball over the fence, something that has helped them achieve a lot of success in their home ballpark over the years.  The Brewers took a lead midway through the game and held on to take game one of the series, 4-2.

After breezing through the first three innings, Liriano ran into trouble in the fourth.  He walked Carlos Gomez to lead off the inning, and after getting two consecutive outs, served up a gift pitch to Aramis Ramirez, who crushed it over the wall for a two run homerun.

Liriano finished off the fifth and completed the sixth with ease.  He lasted six frames, giving up four runs on four hits with two walks and seven strikeouts.  Bryan Morris pitched two scoreless innings, giving up just two hits and getting himself out of somewhat of a jam in the bottom of the eighth inning.

Miller Park is a hitter’s paradise, no doubt about it, and the Bucs fell victim to the long ball once again tonight.  Ramirez and Reynolds did the damage tonight, and Pittsburgh was unable to complete a comeback as they did a day ago.

In addition to the loss, the Pirates got a bit of a scare tonight.  Andrew McCutchen left the game with discomfort in his left ankle.  No word on his condition as of yet, but that is certainly we will need to keep an eye on going forward.

The Pirates and Brewers return to action tomorrow night at Miller Park.  First pitch is scheduled for 7:10pm.