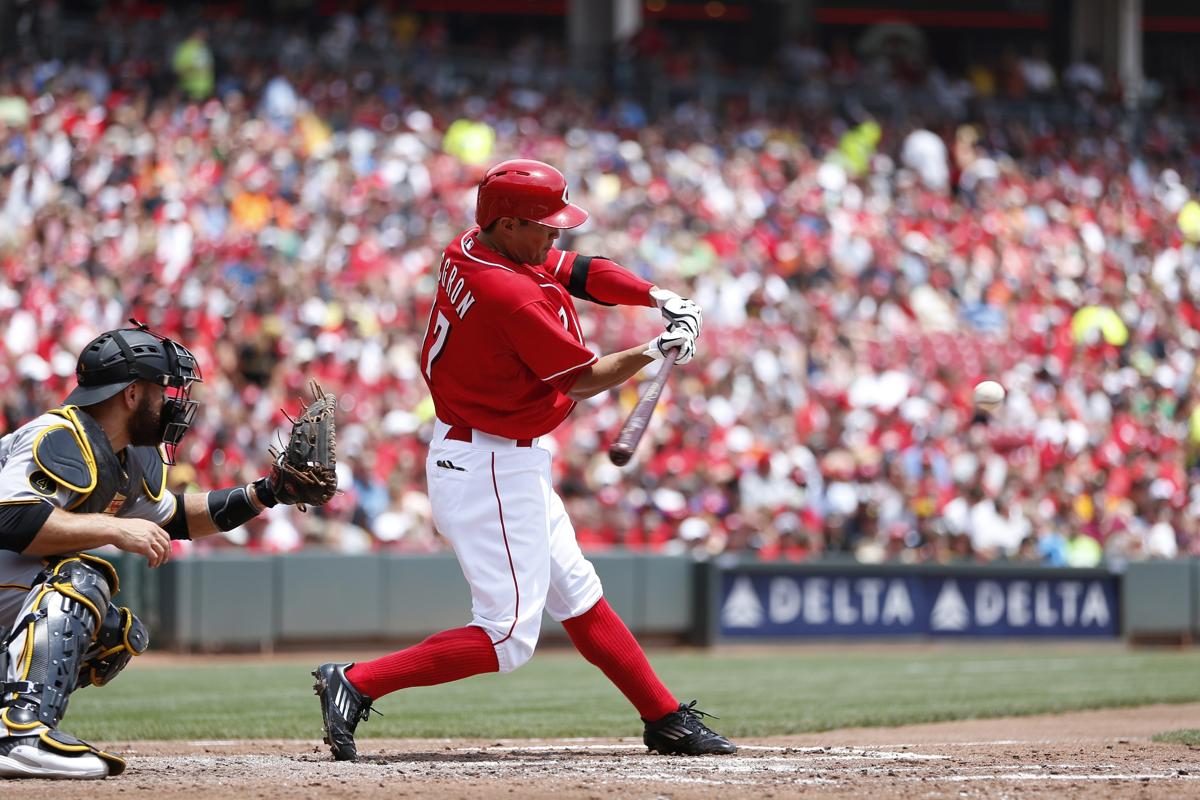 Entering this final road trip before the All Star Break, the Pittsburgh Pirates were playing their best baseball of the season.  Sure, they were winning series against some of the more inferior teams in the league, but they were still playing good baseball and putting themselves in contention for the N.L. Central.  Unfortunately, due to some bad luck and missed opportunities, the Bucs lost five of seven games on this road trip, including this afternoon’s 6-3 loss to the Cincinnati Reds.

Today marked the return of Francisco Liriano, and he certainly didn’t have the start he and the Pirates were hoping for this afternoon.  The Bucs’ left hander fell to 1-7 on the season while lasting only four innings, giving up three runs on three hits with six walks and four strikeouts.  Unfortunately, the bullpen didn’t hold up their end of the bargain, either.  Stolmy Pimentel gave up a run in the fifth and Vance Worley gave up a pair of runs in the sixth which proved to be too much for the Pirates’ offense to overcome.

Cincinnati took the lead in the second inning on a three run homerun by Kristopher Negron, scoring Chris Heisey and Devin Mesoraco.  The Pirates got a run back in the fourth inning when Neil Walker grounded out to shortstop, allowing Andrew McCutchen to score from third base.  Josh Harrison’s RBI single in the fifth scored Pedro Alvarez, and the Pirates were within a run at 3-2.

After Mesoraco doubled home Jay Bruce in the fifth, Walker smashed a solo homerun off Johnny Cueto to bring the Bucs back within a run at 4-3.  But Todd Frazier hit a two run homerun off Worley in the bottom of the sixth, scoring Billy Hamilton and pushing the lead to 6-3.  Jumbo Diaz, Jonathan Broxton, and Aroldis Chapman took care of business in the final third of the game to seal the deal for the Reds.

Today capped the end of a very frustrating week for the Pirates.  After playing solid baseball for a couple weeks, the Bucs regressed considerably against the St. Louis Cardinals and Reds.  Despite the fact that they just lost five of seven road games, they are still within just a few games of the division lead.  After four days off for the All Star Break, the Pirates will return to action at home against the Colorado Rockies next Friday.