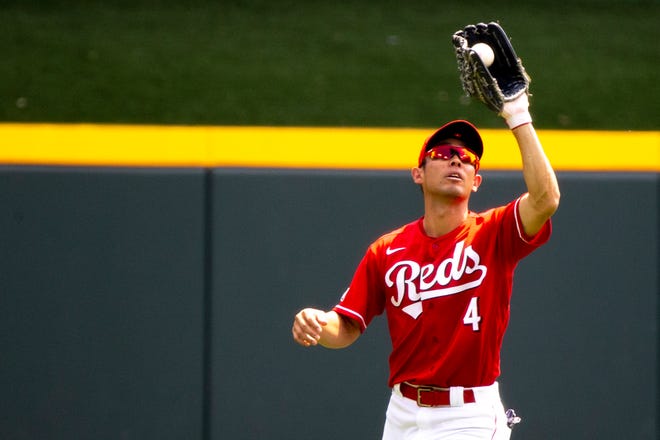 The Pittsburgh Pirates had a nightmare of a series this weekend against the Cincinnati Reds.  After being outscored 28-7 in the first three games of this series, the Bucs took the field on Sunday afternoon looking to avoid the series sweep.  Unfortunately for Pittsburgh, they came up just short today, falling 3-2 to the Reds.

The Pirates now have an abysmal 12-35 record against the National League Central, while winning just 18 out of 59 games on the road thus far.  And the Reds have certainly had their number, beating them 9 out of the 10 times the two teams have faced off this year.

Bryse Wilson started for the Bucs on Sunday, giving up three runs on six hits with seven strikeouts and one walk through six innings.  While he did keep his team in the game, he ultimately was tagged with the loss (2-5).  His mount opponent, Tyler Mahle, improved to 9-3 on the year after giving up two runs on six hits in his seven innings.

Newly promoted Anthony Alford gave the Pirates the lead in top of the fourth when he singled home Bryan Reynolds, make it 1-0.

The Reds scored all three of their runs in the fourth inning, which would be the difference in the game.  A single by Joey Votto tied the game, and a groundout by Tyler Stephenson allowed Nick Castellanos to give Cincinnati their first lead of the game.  A double by Kyle Farmer increased the lead to 3-1, which would end up being the game winning hit.

A solo homerun by Ke’Bryan Hayes in the sixth inning cut the lead in half, but despite needing only one run to tie the game, the Bucs couldn’t muster another run over the next three innings.  The Reds went on to the victory, securing the four game series sweep.

It’s never good when you are swept, but in a four game series it is especially degrading, especially against a divisional opponent.  As we progress through the month of August and the home stretch appears for playoff hopefuls, things will probably get worse for the Pirates on the field.

After a much needed day off, the Bucs will return home to Pittsburgh to kick off a series against the St. Louis Cardinals at PNC Park on Tuesday.