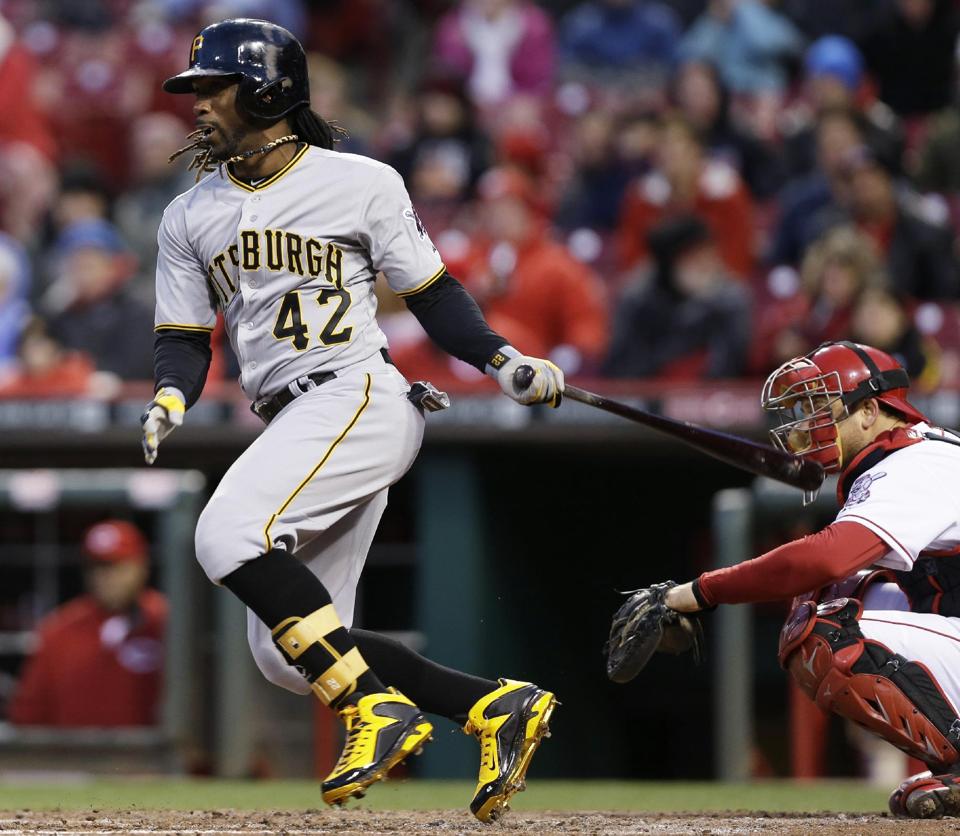 Thirty minutes after the Pittsburgh Pirates defeated the Cincinnati Reds to win game one of this series, the teams were back on the field for game two.  Usually a cold night favors the pitchers, but tonight the bats were on display.  While the long ball was not out in full force like last night, Cincinnatis two long balls to Pittsburghs one, helped the Reds pick up a 7-5 win.

The Pirates were able to strike first with a Gaby Sanchez RBI single in the second inning.  The Reds were answered in the third with a Joey Votto RBI single.  Votto would collect four hits on the night and draw a walk.  He does have to replace two broken bats, so at least he didn’t get out of this win without losing something.

Cincinnati pitcher Mike Leake helped the Buccos out in the third by throwing the ball away on a throw to second base, which allowed Andrew McCutchen to score.  Leake would allow another run in the seventh on a Jordy Mercer sac fly, but he was able to keep the Pittsburgh bats in check for most of the night.

Gerrit Cole made the start for the Pirates and was not at his best for most of the night.  The sixth inning is when his night unraveled for good.  Cole would allow a pair of two run home runs, the first to Todd Frazier and the second would be hit by Leake.  Cole would be lifted after six innings and allowed five runs on nine hits, while walking and striking out three batters.

Devin Mesoraco gave the Reds the lead for good in the seventh on a two RBI single.  The Buccos were able to put two more runs on the board in the eighth on a two run dinger by Neil Walker, but they would end up being two runs short.

This nine game road trip will wrap up tomorrow and Pittsburgh will return home with a losing record on the trip.  Even with that,  a win tomorrow would make a 4-5 trip look much better than 3-6.  Both starting pitchers tomorrow are looking for their first win in 2014 as Francisco Liriano will take on Johnny Cueto in the finale of this series.