Reds Get To Morton, Pirates Early in 8-1 Rout 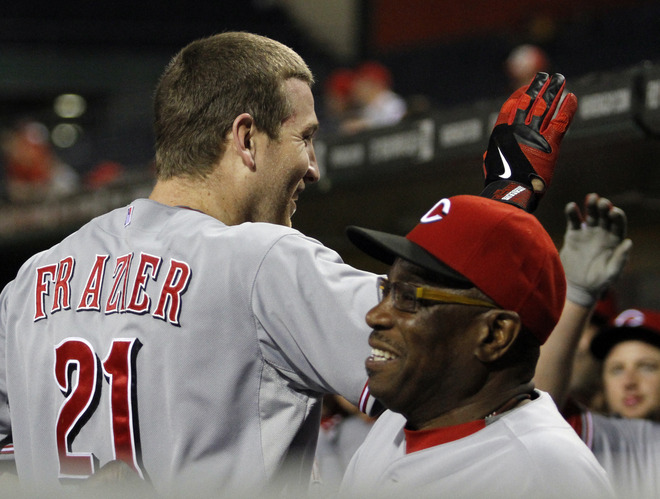 The Pirates reached the .500 mark for the first time since early April with a 4-1 victory yesterday afternoon over the Cincinnati Reds at PNC Park.  With a victory tonight, the Bucs would have had a winning record for the first time since the season-opening series against the Philadelphia Phillies.  Unfortunately, the nearly two-hour rain delay prior to tonight’s matchup cooled off the Pirates’ bats, and apparently, dampened the liveliness of starter Charlie Morton’s sinker.

The Reds blew out the Pirates tonight, 8-1, atPNCPark.

Morton didn’t’ have his best stuff tonight, and his disappointing season continued as he lasted only four innings while being tagged for four runs on six hits.  His ERA sits at 4.65 for the season.  Given Chuck’s short outing, the bullpen was busy tonight, collectively tossing five innings.  Doug Slaten, Brad Lincoln, and Jason Grilli were sharp, each throwing a scoreless frame, but Chris Resop and Jared Hughes, both who are typically solid out of the pen, gave up a combined four runs on six hits.

The Pirates’ offense once again disappeared tonight against Reds’ starter Homer Bailey, who has owned the Bucs throughout his career.  He pitched a complete game tonight, giving up just one run on four hits.  Andrew McCutchen, Matt Hague, Rod Barajas, and Casey McGehee had a hit a piece for the Bucs, providing the only offense on the night.  After earning themselves a good chance to score in the first inning, the Pirates were held in check for the rest of the game, with the exception of McGehee’s pinch-hit RBI single in the fifth inning.

This was a very frustrating game to watch for Pirates’ fans.  A day after one of the highest highs of the 2012 season, seeing the Bucs handily defeat the N.L. Central’s top team, they were dominated themselves.  Tonight was a step in the wrong direction for this team, retracting the confidence they had built the previous few days.

The Bucs and Reds will face off tomorrow night in the rubber match of the three-game series at PNC Park.  Johnny Cueto will get the start for Cincy against the Pirates’ A.J. Burnett.  First pitch is scheduled for 7:05pm.