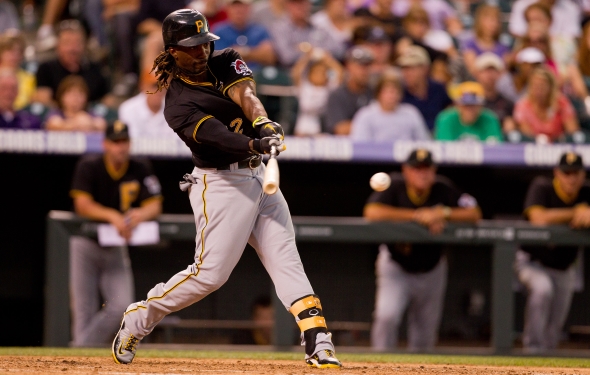 The Pirates took the lead in the first inning and never looked back.  Andrew McCutchen and Brock Holt combined to go 8-9 on the night.  Cutch’s 4-4 performance included a double, three singles, and three RBI’s.  Holt also had four hits and two runs scored.  Garrett Jones added a hit and an RBI, while the rest of the Bucs’ lineup didn’t tally a single hit, only benefiting from two very costly errors by the Astros infielders.

Wandy Rodriguez had perhaps his best start as a Pittsburgh Pirate tonight against his former team, tossing seven shutout innings to earn his tenth game of the year and lowering his ERA to 3.71 for the season.  Chris Resop was charged with two earned runs in the eighth inning, but Tony Watson came in and got the final out of the inning to end the Astros’ threat.  Joel Hanrahan pitched a scoreless ninth to wrap things up for the Bucs as they earned their 71st win of the season.

This was as close to a “must-win” game as the Pirates have had all year, in terms of remaining relevant in the race for the final Wild Card spot in the National League.  The Bucs are a much better team than the Astros, and both clubs proved that fact tonight.  On a home stand in which most felt the Bucs needed to win at least four games, they now have the opportunity to take a series from the Astros before welcoming the Chicago Cubs into town this weekend.

Not to put any type of a downer on this game, because it was satisfying in the sense that they needed a win and they got the job done tonight, but the offense, other than McCutchen and Holt, struggled for the most part.  Going forward, they’ll need some other players to be more productive at the plate.  But for tonight, we’ll take the win any way we can get it.

At this point, the Pirates can’t worry about what other teams like the St. Louis Cardinals or Los Angeles Dodgers are doing…that’s what the fans worry about.  The Bucs need to continue to put strings of wins together against teams that are inferior to them, and they got back on the right track tonight at PNC Park against the Astros.

The Pirates and Astros will meet tomorrow night in the rubber match of the series at PNC Park.  Kevin Correia will start for Pittsburgh against Houston’s Fernando Abad.  First pitch is slated for 7:05pm.