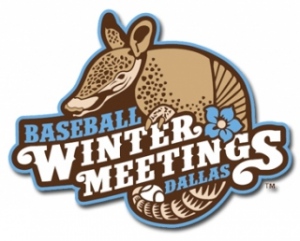 Though not comparing to the activity of other teams in baseball, the Pirates made a flurry of moves yesterday in Dallas…most of which are relatively acceptable from a fan’s standpoint.
The Bucs released Ross Ohlendorf, a move that most could have predicted following two terrible seasons for the 29 year old right hander.  Between injuries and overall lack of effectiveness on the mound, it was time for “Ohlie” to go.  Reports are that the Pirates still think he is much better than he performed, but still, it was clear he didn’t fit into the club’s plans for 2012 and beyond.
In addition, as was reported yesterday, Jason Jaramillo and Pedro Ciriaco were both designated for assignment in response to the signings of Nate McLouth and Erik Bedard.  The Bucs will have to release both players if they cannot trade them by next Monday’s deadline to tender contracts to arbitration-eligible players.
The Ciriaco move isn’t surprising, considering the backup role options the team has for infielders, including Josh Harrison and Chase d’Arnaud, as well as Matt Hague and Jordy Mercer.  Newly acquired Nick Evans, as well as Jake Fox, will also be a part of the discussion for valuable utility roles.  Despite his hustle and strong will, Ciriaco didn’t quite measure up to the other options the Bucs have available, so there’s really no issue with cutting ties with him at this point.
In other news, the Pirates acquired infielder Yamaico Navarro from the Kansas City Royals in exchange for two minor leaguers, pitcher Brooks Pounders and infielder Diego Goris.  The 24 year old Navarro hit .264 in 59 games last season in Triple-A.  At the Major League level, he had a homerun and nine RBI’s in 22 games with the Boston Red Sox and the Royals.  Navarro will more than likely be the leading candidate to back up shortstop Clint Barmes this season.
And then there’s the situation at first base.  As expected, Derrek Lee rejected the Pirates’ arbitration offer.  It was speculated and assumed that Lee was going to wait until first basemen Albert Pujols and Prince Fielder signed before he did.  Pujols, of course, signed just this morning with the Los Angeles Angels, and now, expect a flurry of offers to surround Fielder.  The Bucs continue to say that they’ll keep in contact with Lee if he’s interested in playing in .  While it would be great for Lee to return in 2012, it doesn’t seem very likely that will happen.
As per Bucs’ insider Jenifer Langosch has reported, the team is leaning towards a platoon situation at first base if no deal is done for Lee.  The position would be occupied by a combination of Garrett Jones, Nick Evans, or Jake Fox.  The attempt at this type of situation in right field backfired on the Bucs last year when both Jones and Matt Diaz struggled tremendously.  Still, with Lee declining their offer and the lack of affordable first basemen on the market this offseason, this appears to be on of the only remaining options the Pirates have at this point.
The Pirates’ 2012 lineup is beginning to take shape, and as the situation at first base evolves, stay tuned to Fans From The Stands for the latest reactions to all news and notes surrounding the Bucs.
And…
As Always…
Let’s Go Bucs!
Follow us on Twitter @fftspittsburgh