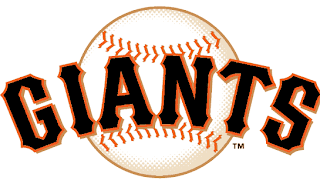 After two full days off, the Pirates once again took the filed at PNC Park, this time for a 3 game series against Freddy Sanchez and the San Francisco Giants.

Friday, June 4: After a nearly 3 hour rain delay, the first pitch of the series was thrown at 10:00PM local time. The Pirates jumped out to an early lead in the 2nd inning, as Zach Duke reached base on an error, scoring Ryan Doumit. Then Bucco stud Andrew McCutchen blasted a 2-run double, followed by Neil Walker’s single, scoring McCutchen. The Pirates were up 4-0 and looking as if they would run away with game 1 of the series.

As is the case with most games, it wasn’t that easy for the Pirates. In fact, it wasn’t easy at all. The Giants scored 2 in the 5th inning to cut the lead in half. But the 6th inning was where they broke the Pirates’ backs. Juan Uribe crushed a 2-run homerun, followed, 2 batters later, by Aubrey Huff’s 2-run blast, giving the Giants an eventual 6-4 win at PNC Park.

After a great start, Zach Duke’s effectiveness disappeared. His final line read something like this: 6 runs on 10 hits through 6 innings, inflating his ERA to 5.43. The bullpen came in and didn’t even surrender a hit in their 3 innings of work, but the damage had already been done. The Pirates had lost the lead and the game, and had fallen to a depressing 10 games under .500.

Saturday, June 5: The Pirates once again jumped on the Giants on Saturday, only this time, they never lost it again. Ryan Doumit smacked a sacrifice fly in the 1st inning, scoring Andrew McCutchen. Cutch tallied 4 hits on the evening, including another in the 3rd, and he then scored on Neil Walker’s triple. Doumit followed that up later in the inning with a 2-run homer. They added 2 more runs in the 4th, as McCutchen blasted a solo HR while Doumit hammered a ground rule double, scoring Walker for his 4th RBI of the night.

Pirates’ starter Paul Maholm did a solid job on Saturday, going 6.1 innings, while giving up 2 runs on 6 hits, lowering his ERA to 3.80 on the season. The win on Saturday set up the rubber match on Sunday afternoon, a game that both the Pirates and Giants certainly need.

Sunday, June 6: Tim Lincecum out-lasted Ross Ohlendorf, and that’s exactly what the Giants did to the Pirates on Sunday in the final game of the series at PNC Park. Ohlendorf went 6 innings, giving up 3 runs on 8 hits. Unfortunately for the Pirates, though, the almost-always reliable bullpen surrendered 3 runs, including the game-clincher for the Giants, as ex-Bucco Freddy Sanchez slapped a sac fly to center, scoring the Giants winning run.

Garrett Jones belted a homerun, going 2-3 with 2RBI and was the Pirates’ hitting star of the day. Ryan Doumit also had 2 hits, while Lastings Milledge, Ronny Cedeno, and Ohlendorf also chipped in with a hit a piece. Another spotlight was pinch-hitter Delwyn Young’s 2-run homerun in the 9th, tying the game at the time, but was in an eventual losing effort.

So the Pirates dropped 2 out of 3 from a west coast opponent at PNC Park. It certainly doesn’t get any easier from here for the Buccos, as the month of June represents perhaps the most difficult stretch of games of the season. For now, the team needs to take it one game at a time, which begins on Monday against the Chicago Cubs for the rescheduled game at 12:35.