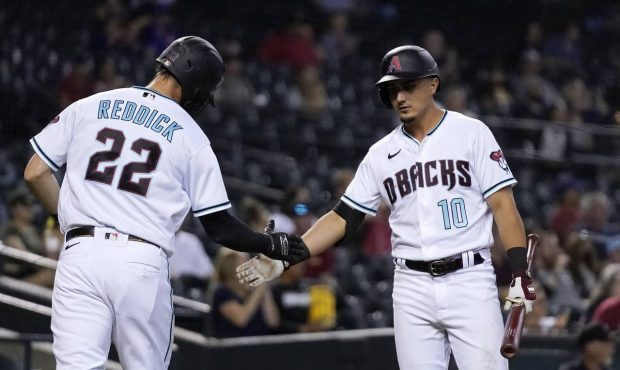 The Pittsburgh Pirates held a comfortable four run lead in the top of the fifth inning.  But things fell apart for the Bucs, giving up ten runs over the next three innings, as the Arizona Diamondbacks rallied to an 11-6 victory at Chase Field.

Tyler Anderson started for Pittsburgh, giving up three runs on seven hits in six innings.  But the bullpen let the Bucs down on Tuesday.  Austin Davis and Clay Holmes combined to pitch the seventh inning, collectively giving up eight runs on six hits and four walks.

Gregory Polanco’s two run homerun in the fourth inning gave the Bucs a 2-0 lead, but Eduardo Escobar’s double in the bottom of the inning cut the lead in half.  Pittsburgh scored three more runs in the fifth, highlighted by a two run homerun by John Nogowski.

The Diamondbacks got back in the game in the bottom of the fifth with two runs off a single by Nick Ahmed and a double by Christian Walker.  The seventh inning is when the game broke wide open.

A trible by Josh VanMeter scored the inning’s first run, followed by RBI singles by Ahmed, Josh Reddick, David Peralta, and Daulton Varsho.  VanMeter finished the scoring with a two run double in his second at-bat of the inning.

Ke’Bryan Hayes singled home the Bucs’ sixth run of the game in the ninth inning, but it was far too little, far too late.  The Diamondbacks closed out the Pirates for the final outs of the game to secure the win.

After what was a solid start to this game, the Pirates’ bullpen fell apart and cost them a victory.  They are now in danger of starting this road trip with a series sweep against a last place Diamondbacks’ team.  Max Kranick will take the mound for Pittsburgh against Madison Bumgarner for Arizona.