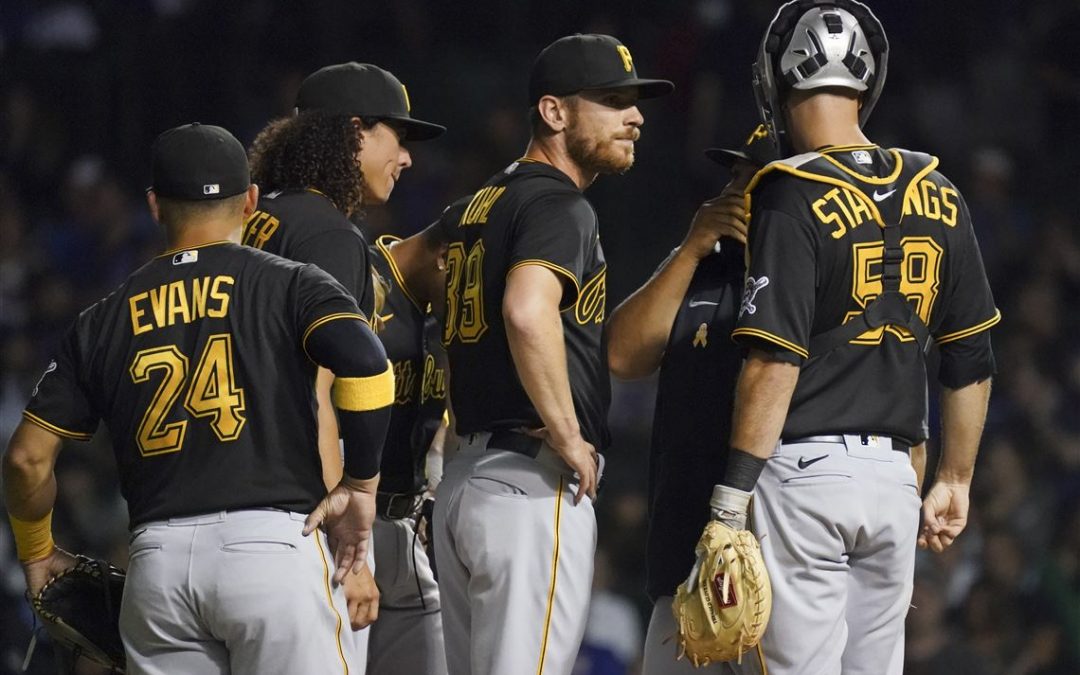 After being swept by the Chicago White Sox in a two game series earlier this week, the Pittsburgh Pirates traveled across the windy city to kick of a four game series against the Cubs at Wrigley Field.

Unfortunately for the Bucs, despite building an early lead and a strong performance from their starting pitcher, they couldn’t hold the lead throughout, and a miscue cost them the game in extra innings.

Mitch Keller started for Pittsburgh on Thursday.  It has been a horrendous season for Keller overall, but he was on point on this night, holding the Cubs’ hitters in check throughout his six innings on the mound.  He gave up six hits, striking out eight while not walking a single batter.  Unfortunately for him and the Pirates, Chad Kuhl was completely ineffective on the bump.  He was only able to tally one out, giving up five runs on six hits, including two homeruns.

The Pirates got off to a quick start offensively when Colin Moran blasted a three run homerun in the top of the first inning.  Their 3-0 lead would hold until the bottom of the seventh, when the Cubs erupted for five runs off Kuhl.  A three run homerun by Rafael Ortega tied the game, and a two run bomb by Ian Happ gave the Cubbies a 5-3 advantage.

Pittsburgh battled back in the top of the ninth, scoring a pair of runs to force extra innings.  Michael Perez singled to right field, scoring Jacob Stallings and Wilmer Difo to make it 5-5.

The 11th inning would prove to be the Bucs’ undoing.  With runners at the corners, Happ stepped to the plate and popped a ball up to Difo at second base.  Difo wasn’t able to stay under it however, and the ball fell to the ground.  Sergio Alcantara scored to give Chicago the walk-off 6-5 victory.

This was a very difficult way to see this game come to an end.  The Bucs got off to a quick start, lost the lead, but then battled back in the ninth to tie the game.  To lose the game on a blunder like this perfectly portrays this season for the Pirates.  They will look to snap their current three game losing streak when they face off against the Cubs again on Friday.