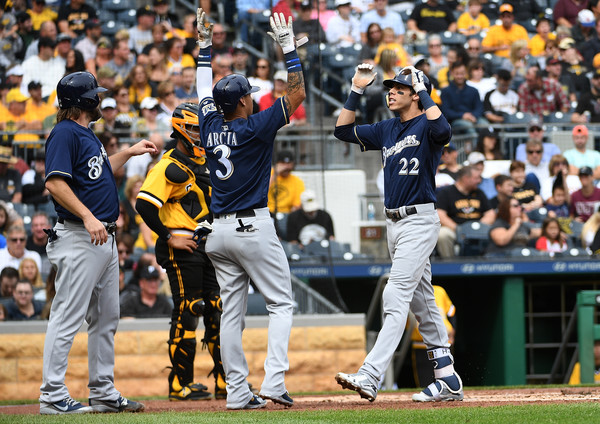 Nick Kingham started today for Joe Musgrove, who will miss the remainder of the season because of side discomfort, and was terrible on the mound.  He allowed six runs, five earned, on seven hits with two strikeouts and two walks in just 1.1 innings of work.  The bullpen wasn’t much better during their 7.2 innings of action today.  Combined they would allow seven runs, six earned, on five hits with four strikeouts and seven walks.

Offensively, Pittsburgh collected six runs on six hits.   Josh Harrison and Jordy Mercer would each drive home two runs on doubles in the fifth inning.  It looks like this was the last time we will see Harrison and Mercer in Pirates uniforms at PNC Park.  Adam Frazier would finish off the scoring for the day with a two-run home run to right in the ninth inning.

Not the performance anyone wanted to see out of the Buccos if this is their final game on the North Shore for 2018.  They will now begin a seven-game road trip tomorrow night with the first four at Wrigley Field against the Chicago Cubs.  Chicago will be looking to clinch a division title during this series, and nothing would be sweeter than to ruin those plans over the next four days.