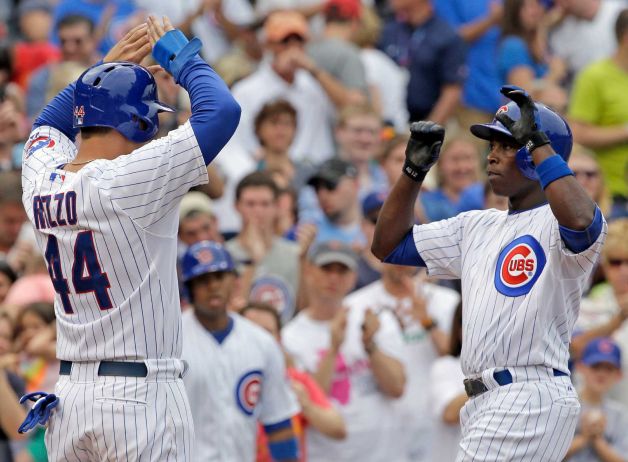 Pedro Alvarez hit his 22nd homerun of the season this afternoon against the Chicago Cubs at Wrigley Field.  Unfortunately, that was the only run the Pittsburgh Pirates would score, as the Cubbies took the second game of the weekend series, 4-1, led by two homeruns by Alfonso Soriano.

Off to a rocky start through the first half of the season, Soriano smashed homeruns off Bucs’ starter Charlie Morton in back to back innings in the fourth and fifth.  The three-run advantage would be more than enough Cubs’ starter Edwin Jackson and the bullpen, who kept the Pirates hitters in check throughout the game.  As a team, the Bucs managed just six hits, including two from Starling Marte and Andrew McCutchen.

As for Alvarez, his 22nd homerun came in the fourth inning, on the same day he was named to the N.L. All Star team, along with teammates McCutchen, Jeff Locke, and Jason Grilli.

This was not a great start for Charlie Morton today.  Other than the two long balls to Soriano, Ground Chuck gave up just five hits in six innings.  But he fell victim to the power bat in the Cubs lineup, and it cost him a loss.  Justin Wilson and Bryan Morris each pitched an inning of scoreless relief in the losing effort.

The Pirates and Cubs will meet up again tomorrow afternoon in the rubber match of the series at Wrigley Field.  The Cubs are not a good team, and they are a team the Pirates should beat in a series if they are going to seriously contend for a division title later in the summer and into the fall.  A.J. Burnett will come off the D.L. and pitch tomorrow for Pittsburgh.  First pitch is scheduled for 2:20pm.