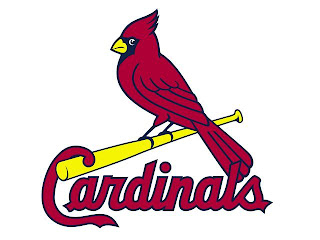 Up to this point, the Pirates’ current homestand hasn’t been quite as impressive as a Pittsburgh fan could hope. After dropping 3 or 4 games from the visiting Florida Marlins, they lost the first 2 games to the New York Mets, before salvaging the series in a 2-1 pitcher’s duel on Sunday afternoon. With a fresh taste in their mouths, our Buccos welcomed the St. Louis Cardinals, a team very much alive in both the N.L. Central and Wildcard Races, to PNC Park for a 3 game series.

Monday, August 23: The Pirates got behind early in the first inning, and weren’t ever able to get themselves back in the baseball game as the Cardinals won the opening contest in a rout, 10-2.

Albert Pujols, the best player in baseball and an eventual hall-of-famer, continued his domination against Pirates’ pitching with a 3-run blast in the first inning. Pujols went 3-5 on the evening. Yadier Molina also contributed 3 hits and Matt Holliday added a pair, as the Red Birds hammered the Bucco bullpen.

Scheduled starter Ross Ohlendorf lasted just 8 pitches before taking himself out of the game due to injury. The Cardinals certainly took advantage of the circumstances and never gave Pittsburgh a chance in the game. Garrett Jones provided the only offensive spark for the Pirates, blasting a 2-run homer to right in the 6th inning.

Tuesday, August 24: Bucco youngsters Neil Walker and Jose Tabata led the offensive charge, while starter Paul Maholm kept the Cardinals in check from the mound, and the Pirates held off a 9th inning St. Louis charge, defeating the Red Birds at PNC Park, 4-3.

Tabata tripled home Andrew McCutchen in the 6th inning, and Walker singled him home to tie the game, 2-2. Walker then knocked a 2-run single in the 7th, giving the Pirates a lead which they would never surrender the rest of the night.

Despite giving up a 2-run homerun to Matt Holliday in the first inning, Maholm put together a fine outing, giving up only the 2 runs on 7 hits through 6.2 innings. After Joel Hanrahan pitched an inning and a third of shutout ball, Evan Meek avoided a potentially disastrous 9th inning to earn his second save of the season, while cementing a Pirates’ victory and setting up the rubber match for Wednesday evening.

Wednesday, August 25: Daniel McCutchen was the story of the evening in the final game of the series against the Cardinals, throwing 6 innings of shutout ball, while only giving up 3 hits and walking 2, and earned his second victory of the season as the Pirates won the game, 5-2, at PNC Park.

Neil Walker, for the second consecutive game, was the hitting star, this time delivering what would turn out to be a fatal blow in the 3rd inning, hammering a 3-run triple in the 3rd inning. Jose Tabata singled home a run in the 4th inning, and Garrett Jones blasted a solo homer in the 8th to extend the Pirates’ lead. While the Cardinals threatened at a number of different times throughout the game, our battlin’ Buccos held them off, earning a very impressive series victory against the potentially playoff-bound St. Louis Cardinals.

So after a dreadful start to the home stand, the Pirates did earn a series victory against the Cardinals. While the homestretch record (4-6), we can’t help but be excited and impressed by their performance against one of the best teams in their division. Hopefully the Pirates can stay on the right track as they travel to Milwaukee and Chicago for 2 more divisional series to close out the month of August.