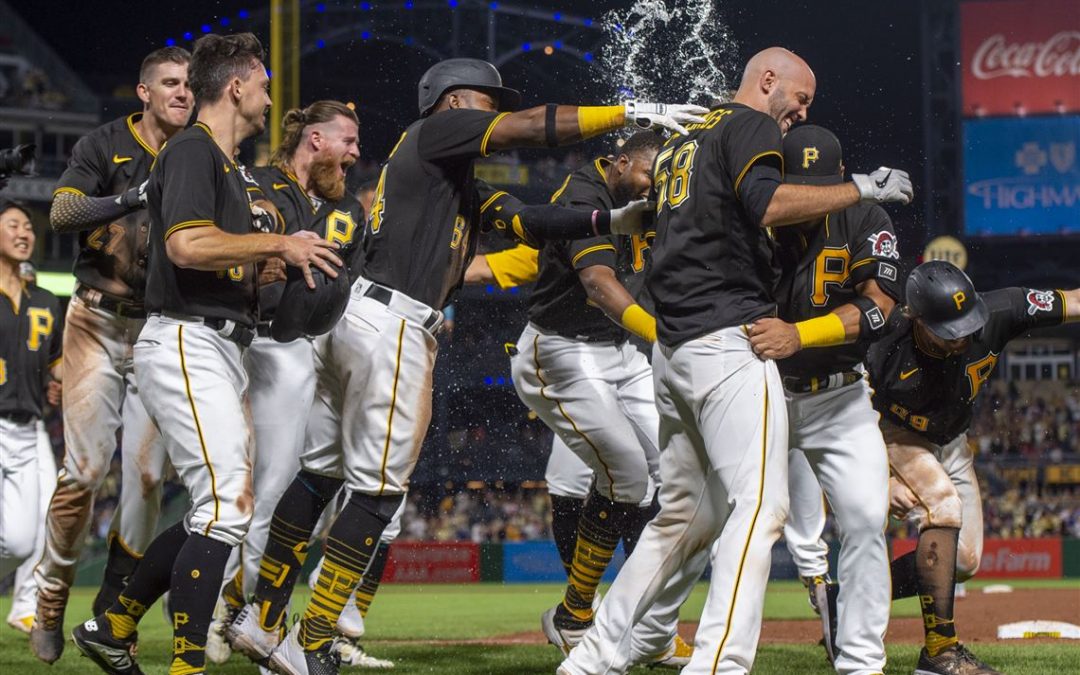 Jacob Stallings has a reputation around the Pittsburgh Pirates clubhouse, and that reputation is slowly expanding through baseball.  The Bucs’ catcher is clutch, coming through big hit after big hit in the most dire of situations.  Saturday night was no different, as the Pirates came away with a dramatic 3-2 walk-off victory over the Philadelphia Phillies at PNC Park.

Both pitchers held their own on the mound on Saturday.  Aaron Nola tossed six innings for Philly, giving up two runs on three hits and one walk.  JT Brubaker gave up just one run on three hits and two walks in six frames.  Neither pitcher earned a decision, and thus the game was turned over to the bullpens.  In all, the two teams combined to use nine pitchers.  Chris Stratton earned the victory for Pittsburgh after tossing a scoreless ninth inning.

The Pirates scored a pair of runs in the third innings to take the early lead.  A triple by Kevin Newman scored Rodolfo Castro, and later, Ben Gamel singled home Newman to make it 2-0.

Nola helped his own caused in the fifth inning, hitting a sacrifice fly which scored Brad Miller to cut the Bucs’ lead in half.  Bryce Harper’s single in the eighth scored J.T. Realmuto to tie the game, 2-2.

And that set the stage for Stallings, who stepped to the plate in the bottom of the ninth with Bryan Reynolds standing at third base.  Jacob’s slapped a ground ball to third and Reynolds broke for home.  He narrowly beat out the throw home, and the Bucs walked off to victory.

This certainly has been a “feel good” weekend thus far for the Pirates.  They snapped their recent losing streak, secured a series victory, and now they have a chance to claim a series sweep for the first time this season.  Also, it’s always nice to stick it to your cross-state rivals.

Pittsburgh will look to win their third straight against the Phillies on Sunday afternoon.  Kyle Gibson will take the mound for Philadelphia against Mitch Keller for Pittsburgh.  First pitch is scheduled for 1:05pm.