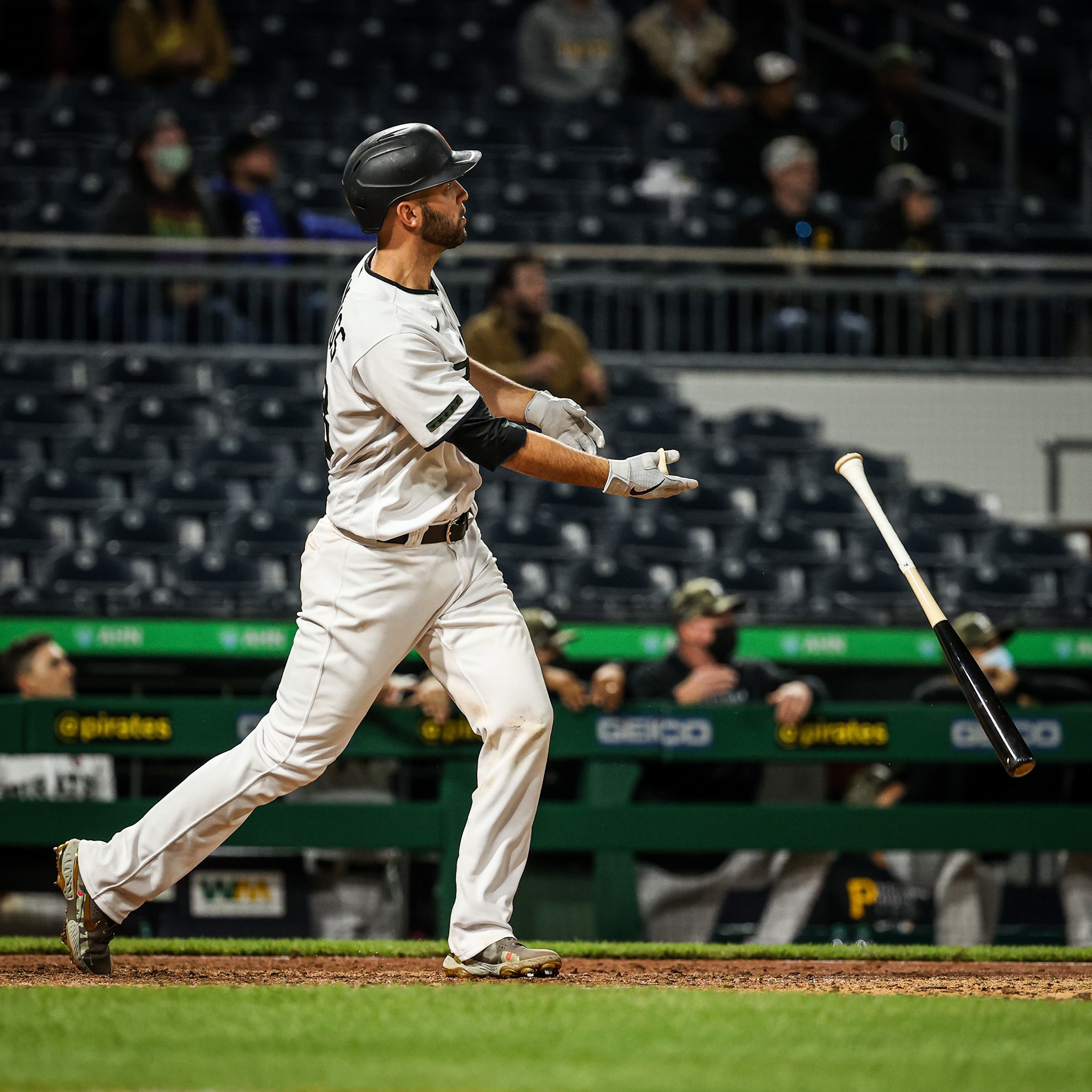 The Pittsburgh Pirates offense has not done much these past few weeks.  Last night they woke up late to get a much-needed victory over the San Francisco Giants.  Tonight, it would mount a comeback to tie the game and then with one swing of the bat in the ninth grab an 8-6 victory.

San Francisco jumped out to a quick three run lead in the first inning.  Darin Ruf hit a solo home run that traveled 416ft. to centerfield.  That was followed up by a Brandon Crawford two run homer to rightfield.  The Giants would get their fourth run of the game in the third on an RBI single to right by Maricio Dubon.  All four of those runs would come off Pittsburgh starter Tyler Anderson.  Anderson would last five innings and allow six hits with seven strikeouts and two walks.

The Pirates showed signs of life in the fifth with two runs of their own.  Will Craig scored on a groundout by Erik Gonzalez.  That was followed up by a Ka’ai Tom RBI single to right.  Those two runs were quickly erased in the sixth on a Mike Tauchman two run home run to right.  That homer came off of pitcher Kyle Keller who was just called up by Pittsburgh today.

The Pittsburgh comeback truly began in the seventh inning.  Down four runs, they would tie the game on three swings of the bat.  Kevin Newman got it started with aN RBI single to right.  A wild pitch would allow Troy Stokes Jr. to cross the plate.  Jacob Stallings then tied the game on a two RBI double to left.  Stallings then struck again in the ninth when he hit a two-run walk off home run to left field to give the Pirates a second straight win.

Other than Keller, the bullpen shut the door on the San Francisco offense.  Chasen Shreve walked one batter, but got the final two outs of the seventh inning.  Chris Stratton struck out three, while walking one and allowing a hit in the eighth.  The ninth went to Richard Rodriguez who collected his second win of the season after giving up a hit and striking out a batter.

With the way the Pittsburgh starting rotation and bullpen has been pitching as of late, if the offense can start to get things going like they showed tonight, this team could hang with most teams in the Major Leagues.  For now, they will look to pick up a series win tomorrow afternoon when they wrap up this four-game series with the Giants.  Mitch Keller will look showcase his stellar self tomorrow, while San Francisco will look to even this series with Alex Wood on the bump.  First pitch is set for 1:05pm.