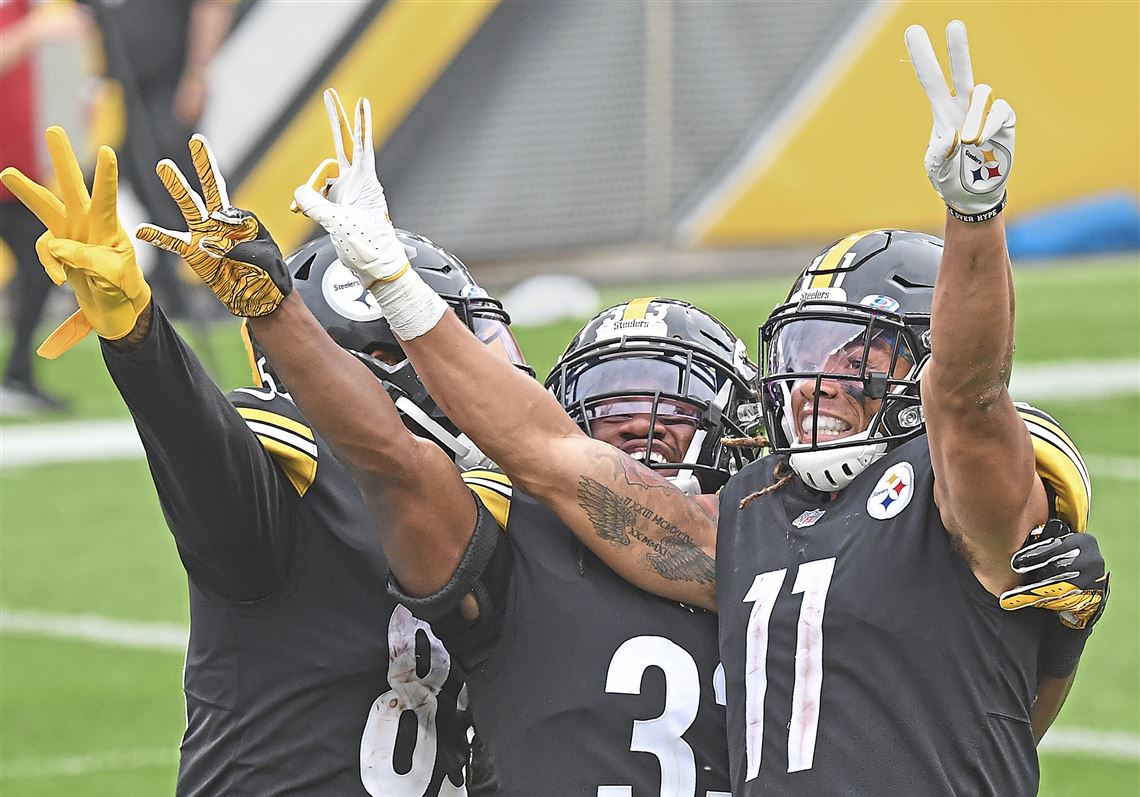 The Pittsburgh Steelers held off a desperate Philadelphia Eagles team by a 38-29 score on Sunday afternoon to improve to 4-0 on the season.

Pittsburgh built a commanding 31-14 lead in the third quarter before the Eagles battled their way back and had an opportunity to take the lead late in the fourth quarter.  But a missed field goal and then allowing a deep touchdown pass sealed Philly’s fate, as they fell to 1-3-1 on the year with the loss.

Philly tied the game on Sanders’ second touchdown of the game, but a Chris Boswell field goal from 41 yards out gave the Steelers a 17-14 lead at the half.

Pittsburgh looked to be in control in the third quarter, as Ben Roethlisberger and Claypool connected from five yards out for a score, and later a one yard score by James Conner made it 31-14.

But Carson Wentz and resilient Eagles responded for two touchdowns to cut the lead to just 31-29 after the third quarter.  The Steelers gave the ball back to Philly, but the missed field goal played large, and only a few plays later, Ben connected with Claypool again for a 35 yard score to seal the deal.

The Steelers are now 4-0 on the season and are alone in first place in the AFC North, and are one of only a few undefeated teams remaining in the conference.  There is still a lot of room for improvement, though, and they’ll need to bring their “A” game next week when they face off against their red-hot division rivals, the Cleveland Browns.