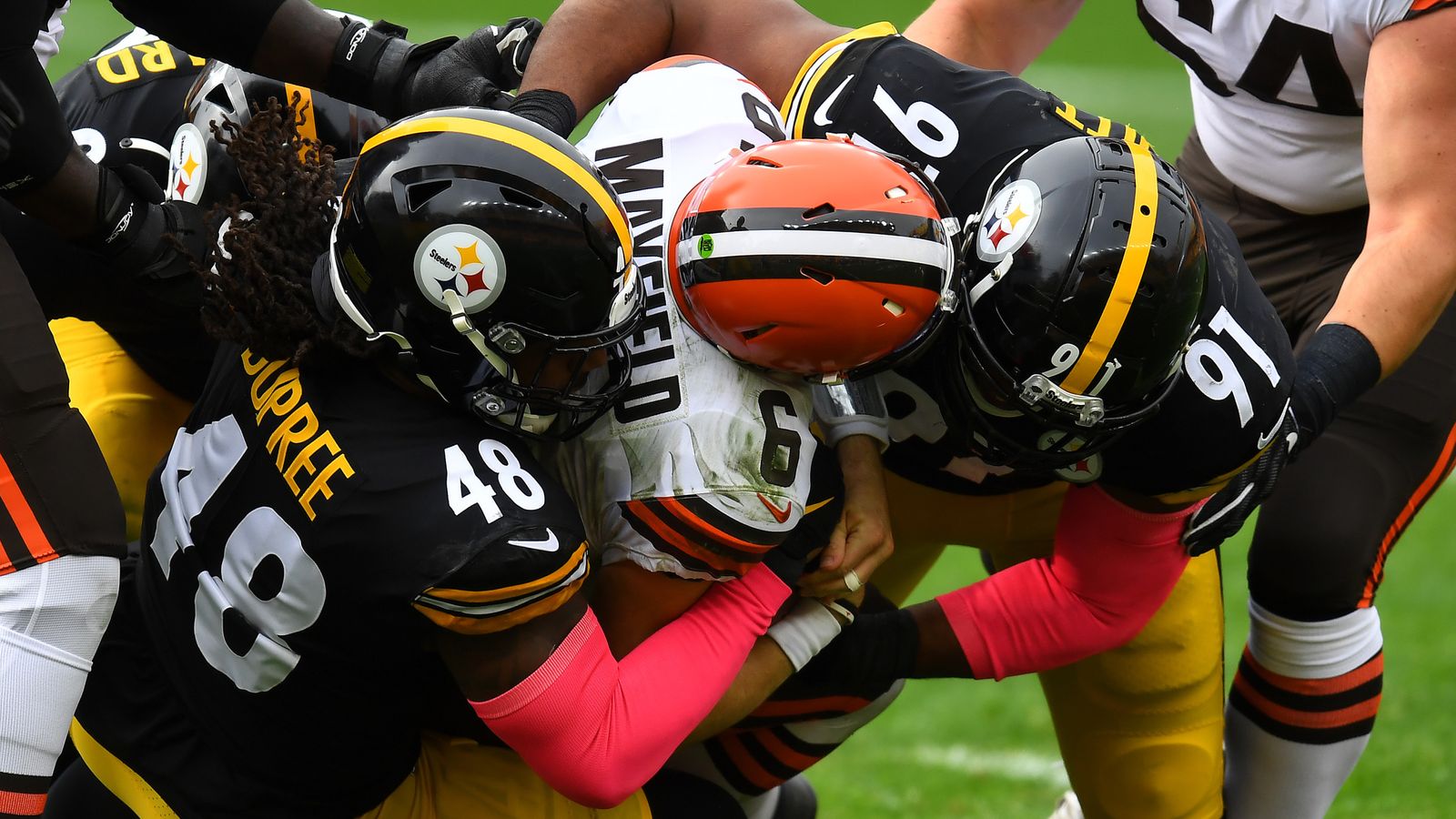 The opening drive of the game resulted in Pittsburgh getting into field goal range and taking a three-point lead on a Chris Boswell 35-yard field goal.  The defense went to work on the first Cleveland possession.  Baker Mayfield tossed an interception to Minkah Fitzpatrick that was returned 33-yards to the endzone to put the Steelers ahead by ten points.

The second quarter featured the Pittsburgh offense hitting paydirt twice.  The first time occurred less than five minutes into the quarter when James Conner rushed for a 3-yard touchdown.  Ten minutes later Ben Roethlisberger connected with James Washington on a 28-yard touchdown pass to go up by twenty-four points.  The Browns collected their only points of the game with just over a minute remaining before the half.  Mayfield would toss a 13-yard touchdown pass to Rashard Higgins.

Two touchdowns would make up the scoring in the second half, both coming from the Steelers.  “MapleTron” Chase Claypool would rush for a 3-yard touchdown in the third quarter to increase the Pittsburgh lead to twenty-four again.  The final score of the day came in the fourth when Benny Snell Jr. rushed up the middle for a 1-yard touchdown.

Roethlisberger finished the day with just 162 yards passing, but with how the run game and defense played, there wasn’t a need for him to throw the ball.  Conner rushed for 101 yards on twenty carries.  Claypool led the receivers with 74 yards on four receptions.  The defense was great today allowing only 75 yards rushing to Cleveland.  They would also collect two interceptions and four sacks of Mayfield, with Bud Dupree leading the team with two sacks.

There was one bad moment for the Steelers today as second year linebacker Devin Bush left the game with what Head Coach Mike Tomlin called a significant knee injury.  Losing Bush for a long period of time will definitely hurt, but this defense continued to play well in his absence.  This is the first time since 1978 that Pittsburgh has been 5-0 to start a season, and that year ended in a Super Bowl title.  Next week the Steelers will hit the road for a key AFC matchup against the also undefeated Tennessee Titans.  Kickoff is set for 1:00pm on CBS.