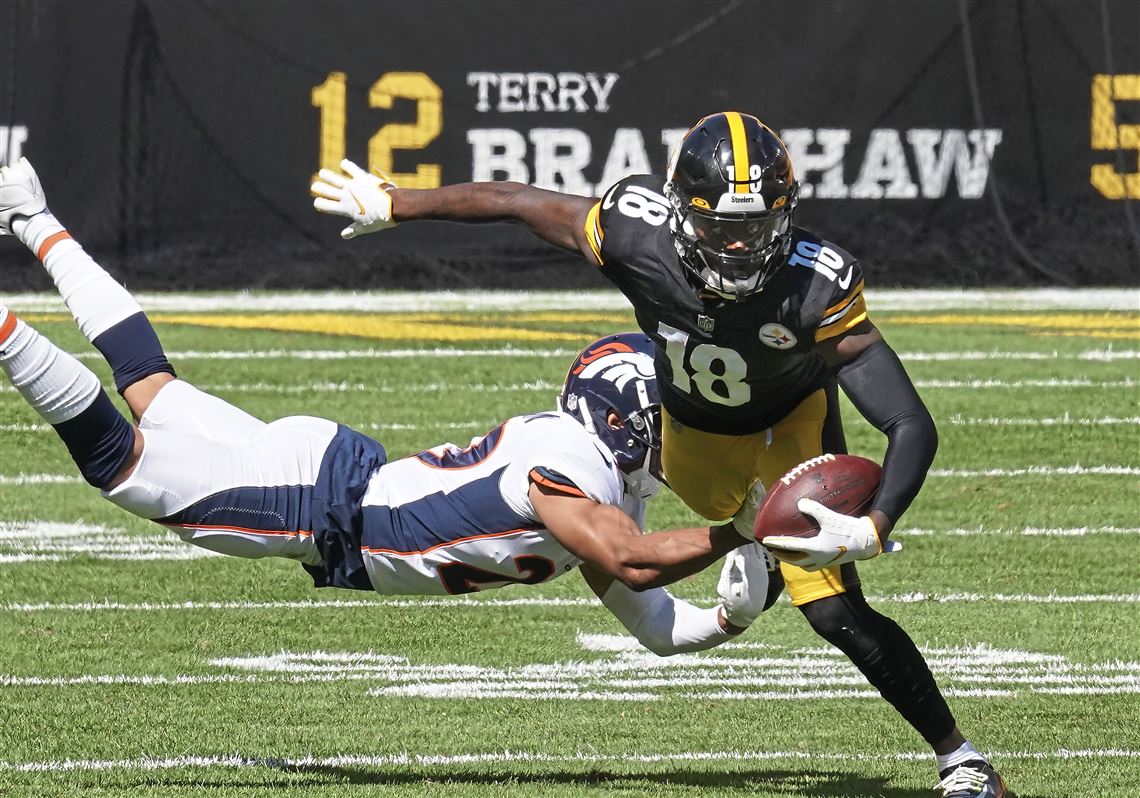 The Pittsburgh Steelers built a big lead early, and held off a Denver Broncos rally in the second half to improve to 2-0 on the season with a 26-21 victory at Heinz Field.

Ben Roethlisberger threw for 311 yards with two touchdowns and an interception, James Conner rushed for 106 yards and a score, and Dionte Johnson led all receivers with 8 catches, 92 yards and a touchdown to lead the Steelers offense to a win today.

A two yard rush by Conner in the first quarter gave the Steelers a 7-0 lead, and after the Broncos answered with a field goal, Roethlisberger connected with Chase Claypool for an 84 yard touchdown to make it 14-3.  A Chris Boswell field goal from 21 yards made it 17-3 at halftime, and it looked as though this would be an easy victory for the home team.

But you have to give the Broncos credit – they battled back to make this an extremely competitive game.  A field goal made it 17-6, and a 20 yard touchdown connection from Jeff Driskel to Noah Fant made it a 17-14 game.

Pittsburgh responded with a 75 yard scoring drive, capped by a 28 yard touchdown from Ben to Johnson to make it 24-14.  After a blocked punt resulted in a safety for the Steelers, it was 26-14.  A pass from Driskel to Melvin Gordon scored the Broncos’ second touchdown of the game, cutting the lead to 26-21.  But that was as close as they would get, as the Steelers were able to run the ball and run out the clock to seal the victory.

Well this was certainly closer than we would have liked it to be, especially considering how the game started this afternoon.  But a win is a win, and as difficult as it is to tally victories in the NFL, we have to happy that this team holds a 2-0 record at this point in the season.  They will look to improve to 3-0 with another matchup at Heinz Field next Sunday against the Houston Texans, who are desperate for a win after two blowout losses to begin the year.