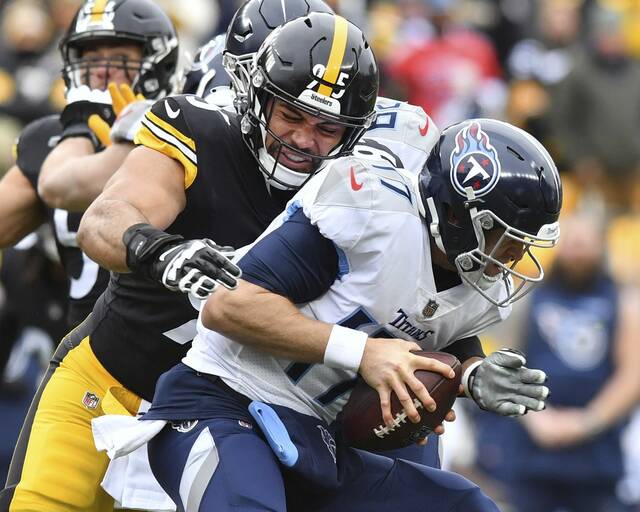 We have officially reached the point in the season where each week is do or die for the Pittsburgh Steelers.  Granted much of this depends on what the rest of the AFC does, but if Pittsburgh can continue to win their path to the playoffs appears much easier than the alternative.  This week the Steelers needed a win over the Tennessee Titans to keep their dreams alive.  It wasn’t pretty, but in the end, Pittsburgh would notch a come from behind 19-13 victory at Heinz Field.

First halves have not been kind over the past month to the Steelers offense and today was no different.  Tennessee jumped out to a seven-point lead at the 7:44 mark of the first quarter when Ryan Tannehill scored on a QB sneak from the one-yard line.  Six minutes later they would add to that lead when Randy Bullock kicked a 26yd field goal.

Pittsburgh got on the board a little over four minutes into the second quarter when Chris Boswell kicked a 36yd field.  This would be the first of four Boswell field goals on the day.  Bullock closed out the scoring on the half when he booted a 32yd field to give the Titans a ten-point lead at the half.

All of the scoring that occurred in the second half belonged to the Steelers.  Their lone touchdown of the afternoon occurred when Ben Roethlisberger scored a 1yd touchdown.  The fourth quarter scoring all came from the toe of Boswell, who would kick field goals from 28, 46, and 48yards to lift his team to the win.

The Pittsburgh offense was not good this week and was carried by a defense that had been gashed by the run the past few weeks.  Roethlisberger would only throw for 148 yards, while Najee Harris led the way with 18 yards rushing.  The top receiver was Diontae Johnson, who would end the day with 38 yards on five receptions.

T.J. Watt had 1.5 of the Steelers three sacks on the day.  He would also set the team record for most sacks in a season.  The defense also created four turnovers, which allowed Boswell to be in position to add to the lead.

The win today keeps Pittsburgh in the hunt for the playoffs, even if their remaining schedule is very difficult.  Up next, they will hit the road to take on the Kansas City Chiefs next Sunday.  Kansas City has had an up and down season, but Arrowhead Stadium is a difficult place to play.  It is hard to imagine that anything other that the Steelers best game can get them a win.