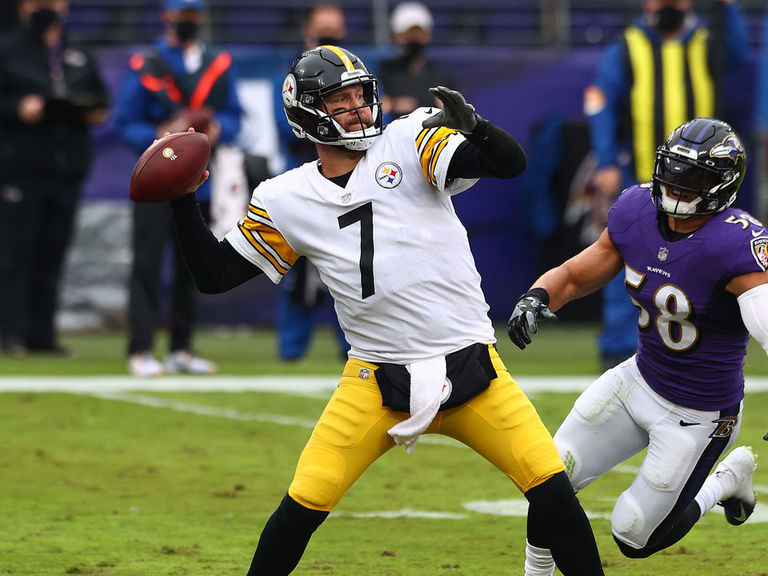 This game started out on the positive side for Pittsburgh, as Robert Spillane intercepted a Lamar Jackson pass and returned it 33yds for a touchdown.  Baltimore would rally and tie the game six minutes later on a 6yd touchdown pass from Jackson to Miles Boykin.  The Ravens appeared to take control of this game in the second quarter.  Gus Edwards scored from 1yd out to put Baltimore ahead by a touchdown.  With three seconds remaining in the half Justin Tucker kicked a 51yd field goal to put them up ten points.

The Steelers needed to make halftime adjustments on both sides of the ball and it appeared they had done so.  On the first drive of the half, Ben Roethlisberger connected with Eric Ebron on a 18yd touchdown pass that pulled Pittsburgh back within three points.  Over eight minutes later James Conner would rush for a 1yd touchdown that put his team on top for the second time today.

The Ravens would not go away quietly as they retook the lead three minutes into the fourth quarter, Jackson found Marquise Brown for a 3yd touchdown pass.  The back and forth contest continued when the Steelers took the lead for the final time with 7:32 remaining in the game.  Roethlisberger would throw an 8yd touchdown pass to Chase Claypool.  Baltimore and Pittsburgh would trade possessions, before the Ravens took one last shot at the endzone, luckily for the Steelers the ball fell to the turf, and they could celebrate a 28-24 victory.

The Pittsburgh offense came out slow today, but they made the proper adjustments at the half to pull out a big win.  Roethlisberger threw for 182yards on the day with two touchdown passes, but most importantly he didn’t turn over the ball.  JuJu Smith-Schuster led the receivers with 67yds.  Conner only had 47yds rushing, but in a back and forth game passing was more of an option.

The defense was gashed at times for big runs and passes, but held it together when it mattered most.  They forced Jackson into throwing two interceptions, which led to touchdowns, and sacked him four times.  Jackson would also fumble twice, while he may be one of the elite players in the NFL, four turnovers is never good.  The biggest concern for the Steelers coming into next week’s matchup with the Dallas Cowboys will be the health of defensive linemen Tyson Alualu and Cam Heyward.  Both men left the game today with knee injuries.