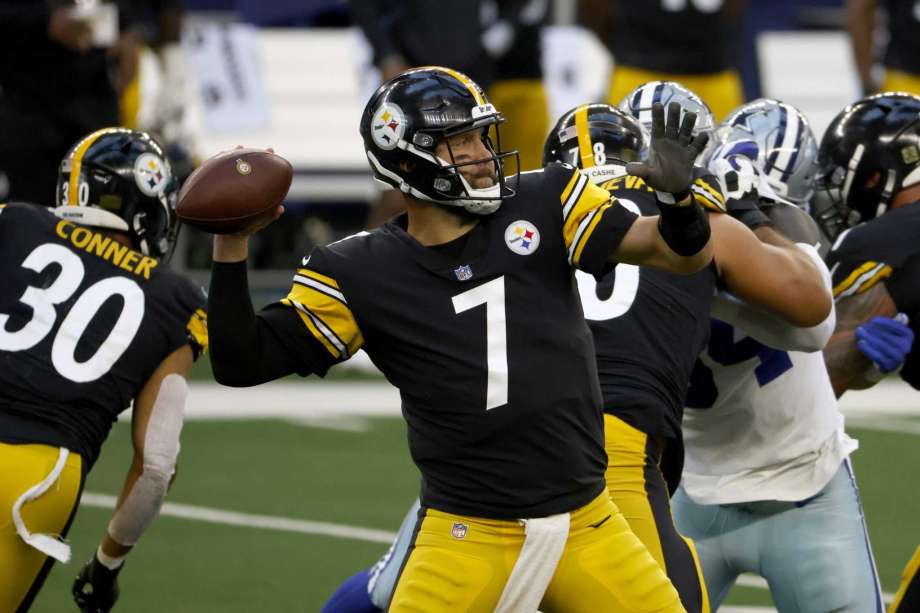 Dallas took  a 3-0 lead on a 38 yard field goal, and early in the second quarter, CeeDee Lamb hauled in a 20 yard touchdown reception to make it 10-0.  After a 44 yard field goal, the Cowboys held a commanding 13-0 advantage over the undefeated Steelers.

Ben Roethlisberger had to answer, and he did with a 75 yard drive late in the second quarter.  He capped the drive with a 17 yard pass to James Washington.  Despite the missed extra point, the Steelers still cut the lead to 13-6.  After the Cowboys fumbled the ball and gave it right back to them, Chris Boswell connected on a 59 yard field goal as time expired in the first half.  Dallas led 13-9 after two quarters.

Two more field goals in the third quarter made it a 19-9 lead for the Cowboys, but that would be the last time they would score.  Pittsburgh controlled the game from there on out, scoring the game’s final 15 points to claim the victory.  An 80 yard drive late in the third quarter concluded with a 30 yard connection between Roethlisberger and JuJu Smith-Schuster to make it 19-15.  A Boswell field goal from 43 yards out made it 19-18, and the 64 yard game winning drive was capped off by an eight yard touchdown from Ben to Eric Ebron.

As we have been saying for the past few weeks, the Steelers certainly didn’t look their best this afternoon, but once again, they won the game.  “A win is a win” is one of Mike Tomlin’s notable phrases, and it has really applied to this team’s season thus far.

Pittsburgh will return home to Heinz Field next week for a game in which they will be heavy favorites once again.  They will host the Cincinnati Bengals at 4:25pm.