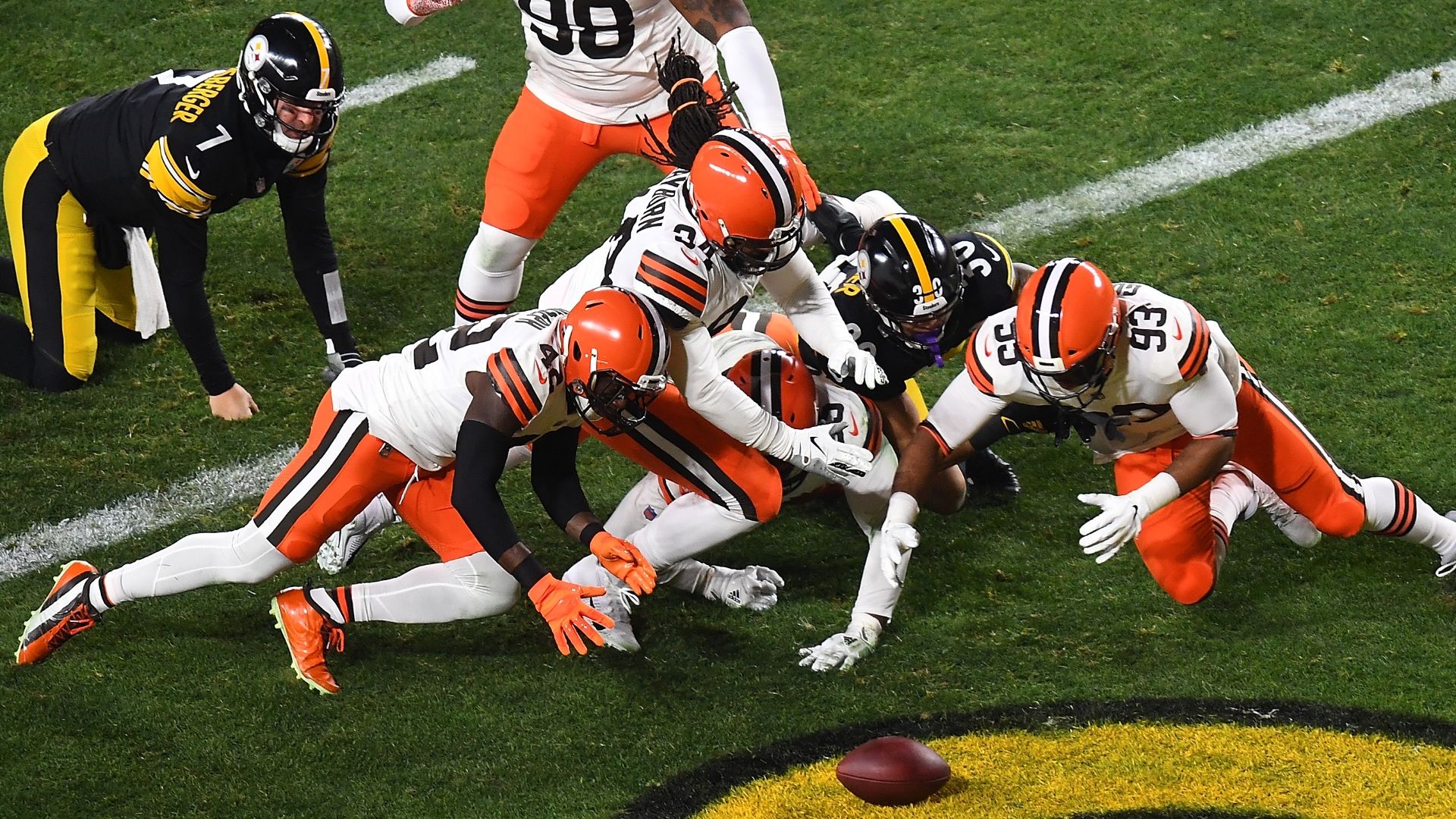 For the first time in three years the Pittsburgh Steelers were back in the playoffs.  Their opponent, the Cleveland Browns, had waited eighteen years to return to the postseason.  No one who has watched football this year, or the prior 101 seasons of the NFL, could have seen this game going the way it went.  Cleveland had many players and coaches out tonight due to COVID-19 protocols and had not practiced much all week.

Pittsburgh had to be feeling good about their chances tonight.  They were well rested, had players returning from the injury list, and looked good with their second-string team against the Browns just one week ago.  The Steelers practically handed Cleveland twenty-one points off of three first half turnovers, on their way to the Browns earning a 48-37 victory.  Their first playoff victory since January 1, 1995.

On the first play of the game, Maurkice Pouncey would snap the ball over the head of Ben Roethlisberger into the end zone where it was recovered by Karl Joseph.  After the first of four Roethlisberger interceptions, Baker Mayfield would throw a forty-yard touchdown pass to Jarvis Landry.  A second interception would lead to Kareem Hunt scoring his first touchdown of the night, this one from eleven yards out.  Hunt would then put Cleveland up twenty-eight points before the first quarter ended with an eight-yard touchdown run.

Pittsburgh would finally find the endzone with 1:44 left in the second quarter on a one-yard touchdown run by James Conner.  The Browns quickly answered with a seven-yard touchdown throw from Mayfield to Austin Hooper.  The Steelers added three more points to their total as the half expired on a forty-nine-yard field goal from Chris Boswell.

The second half started off well for Pittsburgh, even giving fans a little bit of hope for a miraculous comeback, as they put thirteen points on the board.  The first six of those thirteen came on a seventeen-yard touchdown pass from Roethlisberger to Eric Ebron.  Big Ben would use his arm again a little over four minutes later when he found JuJu Smith-Schuster for a five-yard touchdown to cut the Cleveland lead to twelve points.

After the Steelers elected to punt on a fourth and one, the Browns would score a touchdown on the ensuing drive when Mayfield hit Nick Chubb for a forty-yard touchdown pass.  This score would put the game out of reach for Pittsburgh.  The Steelers were able to answer that with a Chase Claypool touchdown from twenty-nine-yards out, but Cleveland marched down the field, eating clock in the process, and picked up a twenty-four-yard field goal from Cody Parkey.  Parkey closed the scoring for the Browns on the night with a thirty-seven-yard field goal.  Pittsburgh collected one last score with a seven-yard touchdown pass from Roethlisberger to Claypool.

This was a weird season from day one.  From an 11-0 start, COVID delaying games, no bye week, playing games in the middle of the week, injuries, no fans, and dropping five of their last six games, it can make you wonder what the 2021 Pittsburgh team will look like.  Will the front office make coaching moves, what players will leave via free agency, will Roethlisberger come back with forty million dollars on the table, what areas does the team fix via the draft, and do they have any cap space to fix issues in free agency?  What we do know is that since the Steelers won their division, they will have a very difficult schedule, which may mean the ’21 season is the beginning of a rebuild.